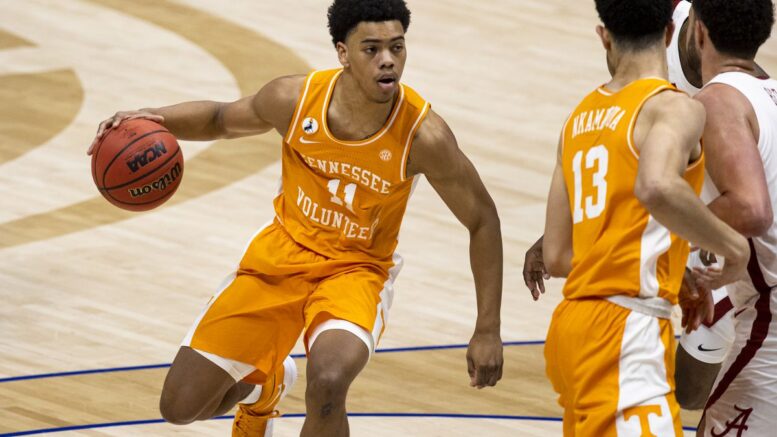 PHILADELPHIA — Coming off a season where Sixers’ rookies exceeded expectations, Daryl Morey understandably felt a lot of pressure coming into the 2021 draft. Yet, when Jaden Springer—someone who was getting lottery buzz at times during his lone season in Tennessee—fell to Philadelphia at No. 28, the tension seemed to have let up just a bit.

“I know GMs get killed for talking about upside, but he’s not 19 yet,” Morey told FortyEightMinutes and other media in Philadelphia after the draft. “He was already a productive player at Tennessee. We feel good about his ability to be a 3-and-D player in this league, we all know how valuable they are.”

Sources tell FortyEightMinutes that Springer, who worked out for the Wizards earlier this month, was well-regarded by Washington’s front office and would have been a consideration for the club at No. 22 (obtained in the Russell Westbrook deal) if the organization had not pulled off the Aaron Holiday trade.

Springer shot 43.5% from three-point land at Tennessee and while Morey doesn’t expect the North Carolina-native to come in and match that mark during his rookie season, he’s optimistic about Springer’s path.

“We know he can do things, he has touch around the rim, and can make free throws, all those things often indicate someone who can shoot later.” Morey said of Springer.

While Philly was expected to trade away its first-round pick, the team went in the opposite direction, making a move to add an additional pick. The Sixers obtained the No. 53 overall selection from the Pelicans in exchange for cash considerations and ultimately selected Western Kentucky center Charles Bassey. Philadelphia also selected Serbian center Filip Petrusev.

Be the first to comment on "Daryl Morey, Sixers Excited About Jalen Springer’s Fit"