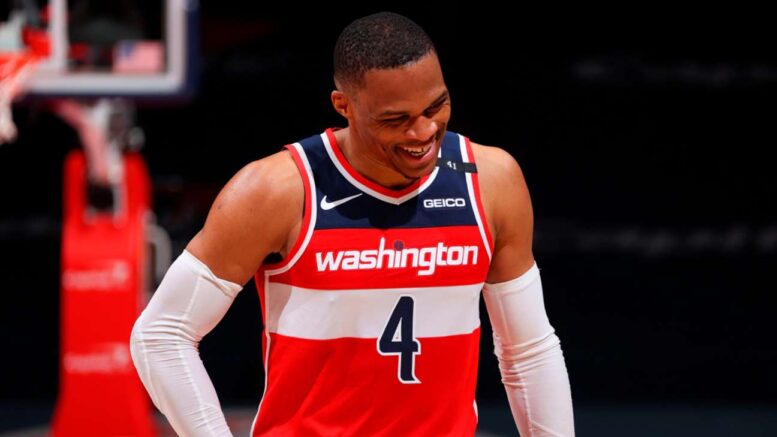 8:30 pm Update: The Wizards and Lakers have agreed to terms on the Russell Westbrook deal,  Shams Charania of The Athletic reports (via Twitter).

Kyle Kuzma, Montrezl Harrell, and Kentavious Caldwell-Popeare heading to Washington, for now as the trade can not be finalized until August 6 and the two sides could open up the deal to include other teams.

The Wizards continue to plan on building around Bradley Beal and the franchise could send some of their newest players out as they aim to optimize the talent around their star shooting guard.

Tommy Sheppard & Co. will also net the No. 22 overall pick as part of the Westbrook deal while the Lakers will receive a pair of second-rounders (2024, 2028) from Washington.

5:30 pm: The Lakers are nearing a deal to bring Russell Westbrook to Los Angeles, sources tell Adrian Wojnarowski of ESPN.com. The scribe cautions that there is no agreement in place yet between the Wizards and Lakers with the two sides having work to do in order to finalize

Washington would receive Kyle Kuzma, Montrezl Harrell, Kentavious Caldwell-Pope, and a 2021 first-round pick as part of the package. The selection is presumably the Lakers’ No. 22 overall selection.

Los Angeles had been rumored to be in talks with Sacramento about a Buddy Hield trade, one that would have sent Harrell and Kuzma to the Kings.

The Wizards acquired Westbrook prior to last season, sending John Wall and a 2023 first-round pick to Houston in order to bring the former MVP to the District.

Tommy Sheppard & Co. are making the deal with Bradley Beal in mind, as it creates some salary cap flexibility in order to build around the shooting guard.