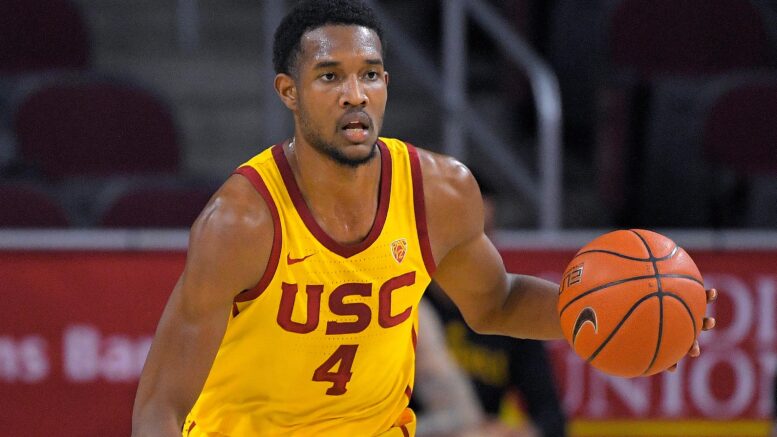 Evan Mobley knows what type of player he can be and while the big man hears the NBA comparisons that draft experts are making about him, the 20-year-old simply wants to be the best version of himself.

“A lot of people have been comparing me to Chris Bosh, Anthony Davis, Giannis (Antetokounmpo), players like that,” Mobley told FortyEightMinutes and other media after he was selected. “I definitely see a good amount of similarities between all those players. But I feel like I’m my own player and I have my own tendencies, which makes me unique.”

The Cavs received interest from teams trying to move up to No. 3 and draft Mobley. The team opted to stay put and draft the USC big man despite the presence of Jarrett Allen on the roster. However, there’s a strong belief that the two can thrive together in the frontcourt.

“Jarrett Allen is a great player,” Mobley said. “I feel like I can learn a lot from him. He’s been in the league a while. Me and him, I feel like we can definitely do damage in the league this coming season.”

Cleveland is hosting the All-Star game during the 2021-22 season and Evan Mobley said playing in that is "definitely a goal."