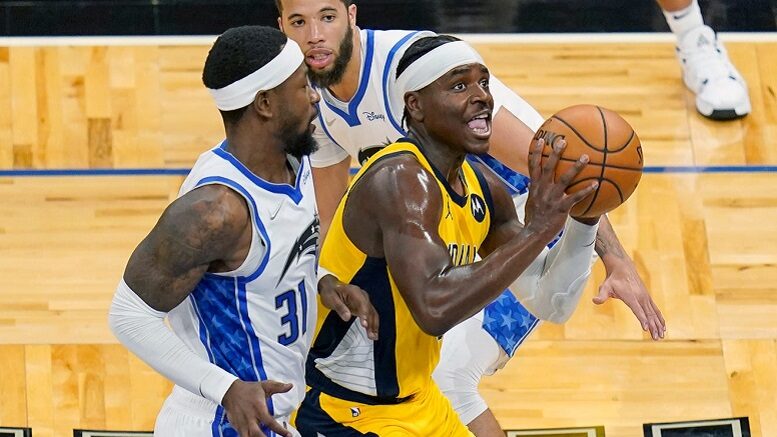 Pacers point guard Aaron Holiday drives to the basket vs. the Magic. - AP

The Wizards are not done wheeling and dealing. Just hours after agreeing to acquire the No. 22 overall selection in the draft as part of the Russell Westbrook deal, the organization has traded away the pick.

Indiana will send Aaron Holiday and the No. 31 overall selection to Washington in exchange for the No. 22 selection, which the Pacers used to select Kentucky big man Isaiah Jackson.

Washington used the selection on Isaiah Todd, who played for the G League Ignite team last season. Todd was one of the first prospects to participate in pre-draft workouts for the franchise this summer.

Be the first to comment on "Wizards Acquire Aaron Holiday, No. 31 Pick"