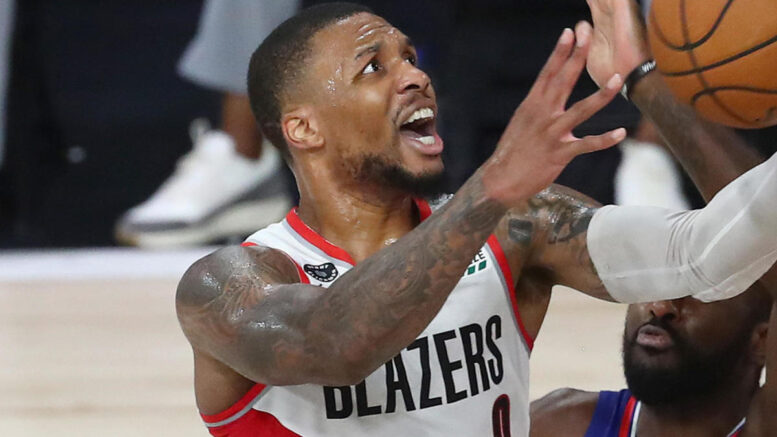 Rumors of Damian Lillard‘s discontent in Portland have been brewing for quite some time. The All-Star reportedly gave the franchise an ultimatum that if they didn’t upgrade the talent around him, he’d want to leave the Blazers.

While the draft and free agency are still to come this offseason, apparently Lillard isn’t going to wait around and trust the franchise to make major moves. The six-time All-Star has requested a trade from the Blazers, longtime NBA journalist Landon Buford reports (Twitter link). The Knicks, Lakers, Heat, and Warriors are destinations on Lillard’s early shortlist.

The Warriors may have interest in bringing Lillard to the Bay Area. Out of all the teams reported, Golden State arguably has the best assets to offer in a trade with the No. 7 and No. 14 overall picks in his year’s draft in addition to prospect James Wiseman to offer in a potential deal.

The Knicks also owns two first-rounders in this year’s draft (No. 19, No. 21) and while they are open to dealing RJ Barrett for Lillard or another available star (such as Bradley Beal), Golden State’s treasure chest of assets bests New York’s. Unless the Heat or Lakers put their All-Star bigs on the table, each franchise will have a tough time beating out the Warriors as well.

The Sixers remain interested in Lillard and as we previously reported, there’s a sense that a Ben Simmons-led package would beat out most anticipated offers. While Philadelphia isn’t on his reported early shortlist, it’s possible that behind the scenes, there’s some sort of informal campaign to open Lillard up on the idea of playing alongside Joel Embiid. However, that’s simply my speculation at this point.

Given all he’s done for the Blazers’ franchise and his status in the league, it would seem likely that the organization doesn’t send him anywhere he doesn’t want to go, as we previously detailed. No, he doesn’t possess a no-trade clause, but the NBA is about relationships and an ugly split with one of your best stars is the kind of blood-on-your-hands moments that can haunt smaller market franchises like Portland down the line.

“I think that’s the stage we’re at as a team where we all, not just me, not just my teammates, not just our new coaching staff, the front office, everybody in this organization must look in the mirror because we’ve constantly come up short,” Lillard said (via Chris Haynes of Yahoo Sports).

“We have to look in the mirror and say I have to be better because whatever it is we’re doing is not working and it’s not giving us the shot to compete on the level that we want to compete on.”

Lillard will get a say in his future; we’ll just have to see how loud he will be about it.

Be the first to comment on "Damian Lillard Requests Trade, Warriors Among Suitors?"