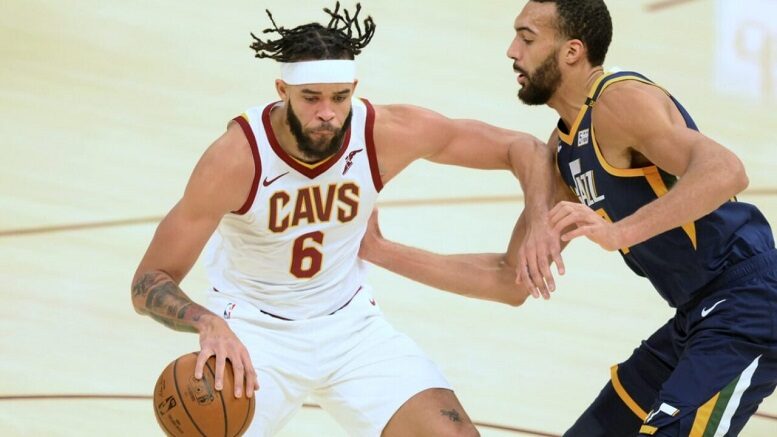 Cavaliers center JaVale McGee drives to the basket vs. the Jazz. - USA Today

Johnson is already at Team USA’s camp in Las Vegas while McGee will travel there to join the team on Saturday.

Speculation over who will replace Beal in the Olympics (and later Love) continued through Friday afternoon and a bevy of candidates were considered by USA Basketball. Sixers forward Tobias Harris was contacted about potentially playing for the team in Tokyo and Heat wing Duncan Robinson was rumored to be in contention as well.

Johnson was the No. 29 overall pick by the Spurs in the 2019 NBA Draft and has blossomed since coming into the league under the tutelage of San Antonio/USA Basketball coach Gregg Popovich. McGee has spent 12 years in the league, most recently playing for Denver after a Cavs’ mid-season trade. The 33-year-old is a free agent, marking the first time in recent memory that a player without an NBA contract will suit up for Team USA.

Be the first to comment on "JaVale McGee, Keldon Johnson Replacing Stars on Team USA"