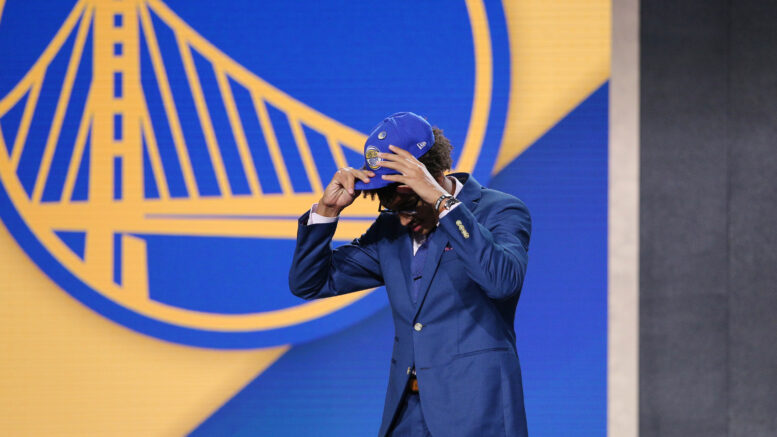 The Warriors hold the No. 7 and No. 14 picks in this year’s draft, and their work on the scouting front is still going strong. The most current crop of pre-draft workout talent proves it.

Mitchell to the Warriors at 7 has been a popular mock draft pick as of late. The combo guard is one of the best perimeter defenders in this year’s draft and should be switchable 1-3 at the next level despite not having great size. The jury is still out on whether his improved shooting splits are legit but nevertheless, Mitchell flashes some primary shot creation skill that could help Golden State.

Moody is 6’6″ with a 7-foot wingspan and should thrive as a 3-and-D player in the NBA. With that said, he’s also flashed more to his game. His pick-and-roll decision-making raises the possibility that he can become a secondary ballhandler or facilitator in due time. In a worst-case scenario, Moody plays stingy defense and is a reliable off-ball threat from deep.

Johnson, a forward, is a high-IQ player who thrives in space. His grab-and-go ability is great. He rotates quickly and efficiently on defense and is an underrated passer on offense. Johnson’s ceiling comes down to the development of his jump shot and body. The Warriors could take him at 14 and turn him into a good fit in their system.

Last, but certainly not least, comes Jones. The Texas product is incredibly mobile and capable of switching onto guards while holding his own on defense. He’s an instant rim-running threat. Jones is oozing with potential but is also very raw as a player. Do the Warriors have the patience to develop a big? They’re still trying to figure that out with James Wiseman.

Be the first to comment on "Warriors Rumors: Draft, Trades, Lillard, Tucker, Workouts"