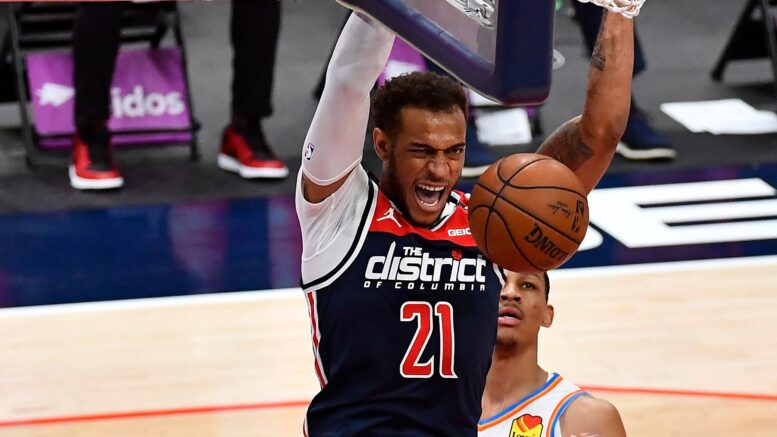 The Wizards lost their second-straight preseason tilt, losing to the Knicks 117-99.

1 – Deni Avdija is back…and he showed some flashes returning to the court for the first time since he fractured his ankle in April of 2021. The former No. 9 overall pick scored just four points (2-for-4 from he field) but the forward appeared to have no lingering issues from the injury, other than perhaps some game-conditioning.

2 – The Wizards may have some issues guarding the 3-point line. The Knicks were 21st in the league in 3-pointers made last season. They 24 triples on Saturday night, which would be a franchise record if this were the regular season.

3 – Daniel Gafford really has the potential to be an elite defensive big man but let’s remember he’s only a 23-year-old with only 97 regular season contests under his belt (just 17.7 minutes per game).  The former Arkansas Razorback still needs to pick his spots (as Kyle Kuzma alluded to in training camp) but with four blocks and a -15 plus/minus in this preseason tilt, there’s room to grow.

4– Corey Kispert didn’t see any action until about five minutes left in the third quarter. There was a lot of optimistic talk about how Kispert was doing well in camp and that was the reason that he ended up starting in the preseason opener. However, I wonder if Kispert starting had more to do with Unseld wanting to keep the majority of the second unit intact (something many veteran coaches do when they have an injury to a starter, as the Wiz did with Kentavious Caldwell-Pope). Preseason minutes aren’t the best indicator of future moves, though I have a hunch that Kispert is going to find himself out of the rotation once the regular season rolls around given the team’s depth.

Unsolicited prediction: The Wizards end up playing some funky four-guard lineups this season given Spencer Dinwiddie‘s top-notch passing ability in the post. The former Net displayed that ability during stretches with the first unit but also alongside Aaron Holiday and other members of the projected second unit. Wouldn’t be surprising if Unseld opts to try some unorthodox things early on with so many backcourt options at his disposal.