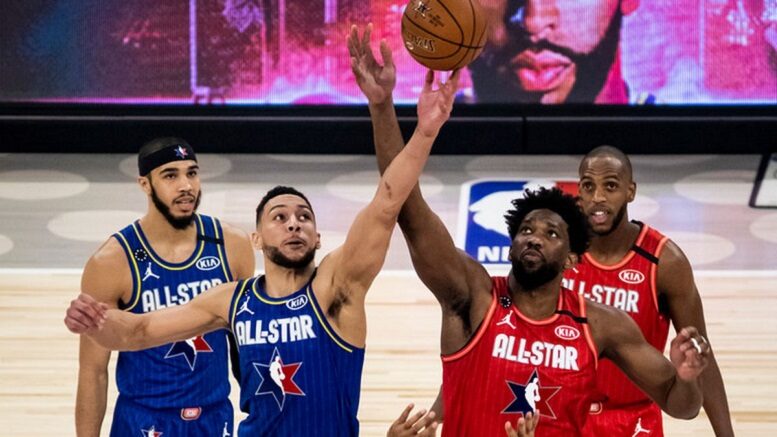 Ben Simmons and Joel Embiid rise for a jump ball during the 2020 NBA All-Star Game.

Several of Ben Simmons‘ teammates attempted to meet with him recently, though the All-Star rejected their overtures.

Joel Embiid, Tobias Harris, and Matisse Thybulle had planned to fly to Los Angeles to meet with Simmons with the goal of changing Simmons’ stance on requesting a trade, according to Shams Charania of The Athletic. However, Simmons made it clear that the trio shouldn’t make the trip.

The Sixers remain hopeful that Simmons will show up and re-join the team at some point if the franchise can not find a suitable trade. Several teams have expressed interest in Simmons, including the Timberwolves and Cavaliers.

Be the first to comment on "Sixers Rumors: Latest on Ben Simmons, Cavaliers’ Draft Picks Preferences"