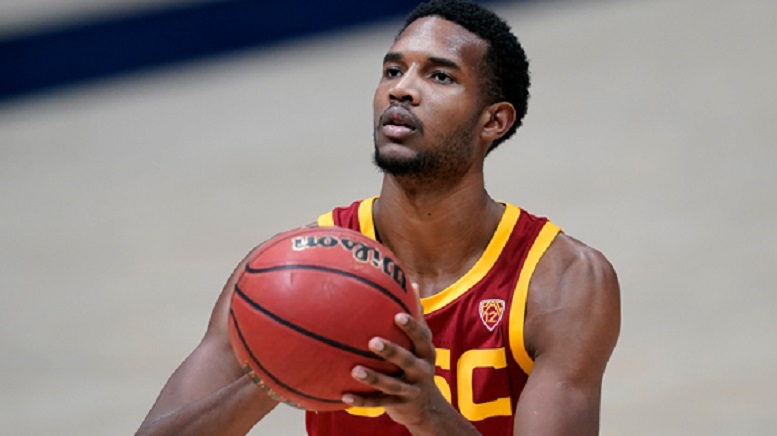 The Cavaliers own the No. 3 overall pick in the upcoming draft, and given that Oklahoma State guard Cade Cunningham is expected to go No. 1 overall to the Pistons, Cleveland will have options among the top prospects in the draft class.

USC center Evan Mobley, Gonzaga guard Jalen Suggs, and G League Ignite guard Jalen Green are considered the next tier of players behind Cunningham. Although, the Cavaliers interviewed several other prospects in addition to those three at the combine this week, according to Chris Fedor of Cleveland.com.

What if the Cavaliers Draft Evan Mobley?

Some believe Mobley is the second-best prospect in the draft and if Houston passes on him, the Cavaliers would have to consider what taking the USC center would mean for the direction of the franchise. Terry Pluto of Cleveland.com believes that drafting Mobley would set the team up to consider a sign-and-trade arrangement for Jarrett Allen.

Allen came to the team in the James Harden deal and has flourished in his new home. He’s reportedly in line for a new deal in the $100 million range and while Cleveland can afford to dole out that kind of deal, it doesn’t come without opportunity cost as Collin Sexton‘s potential extension and a new deal for Darius Garland down the line loom.

The franchise is rumored to be searching the market for a Sexton deal, so perhaps the financials won’t play a factor with Allen. Still, drafting Mobley—if he’s available— who is someone projected to be a franchise cornerstone, could redirect the franchise’s plans.