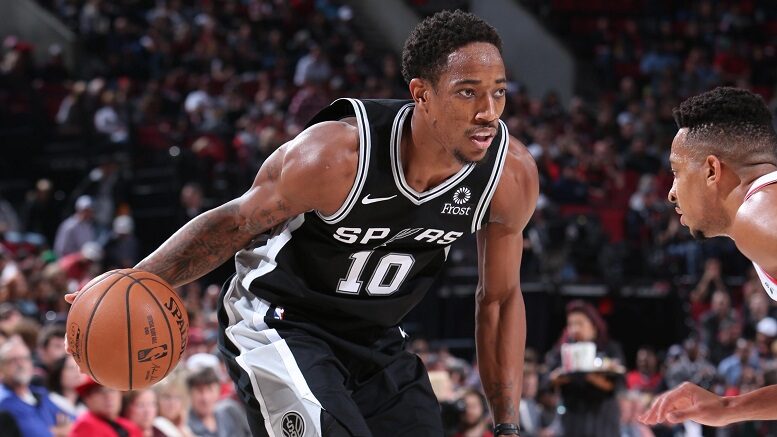 Spurs guard DeMar DeRozan looks to drive to the basket in a recent game.

The Knicks and DeMar DeRozan have mutual interest, according to Ian Begley of SNY.

DeRozan averaged 21.6 points and 6.9 assists in 61 games with the Spurs last season, continuously proving to be an effective scorer in the mid-range.

He and Julius Randle would form an excellent partnership in the pick-and-roll, which would allow DeRozan to maximize his sweet patented mid-range jumper or open up Randle inside the paint to do some serious damage.

The Heat have also been in on DeRozan and Kyle Lowry, so if Lowry ends up in Miami, DeRozan could follow his longtime friend and former teammate down to South Beach.

Be the first to comment on "Knicks, DeMar DeRozan Have Mutual Interest"