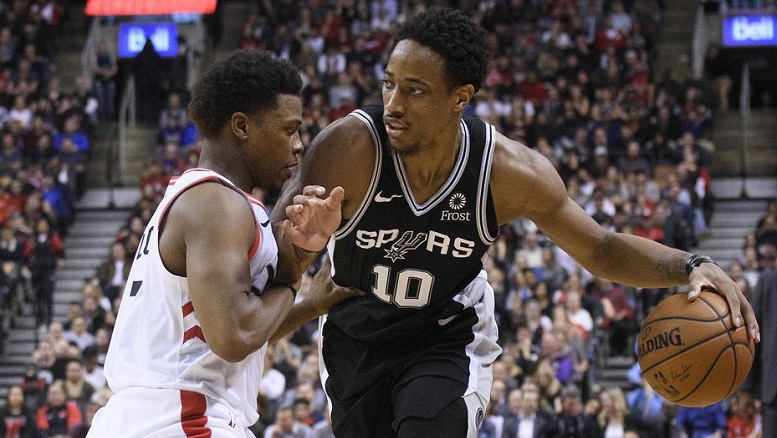 The Heat may be in the lead for Kyle Lowry and they are looking at paths that bring in his former teammate DeMar DeRozan as well, Longtime NBA journalist Marc Stein hears.

Miami contemplated a trade for DeRozan prior to the trade deadline, FortyEightMinutes reported back in March, though it wouldn’t have been feasible to trade for both Lowry and DeRozan then because of their respective high salaries. While there are still hurdles to bringing the two former Raptors to South Beach, the franchise will have a little more flexibility this offseason.

The team picked up Goran Dragic‘s $19.4 million team option, though it’s widely expected that Dragic’s salary will be used to help facilitate a sign-and-trade of some sort. The club also cleared some cap space by declining Andre Iguodala‘s $15 million team option (the former Finals MVP is expected to meet with the Warriors during free agency, per Tim Reynolds of the Associated Press).

Lowry, DeRozan, and Jimmy Butler remain close friends, as Anthony Chaing of the Miami Herald tweets. The trio played together for Team USA during the 2016 Olympics in Brazil.