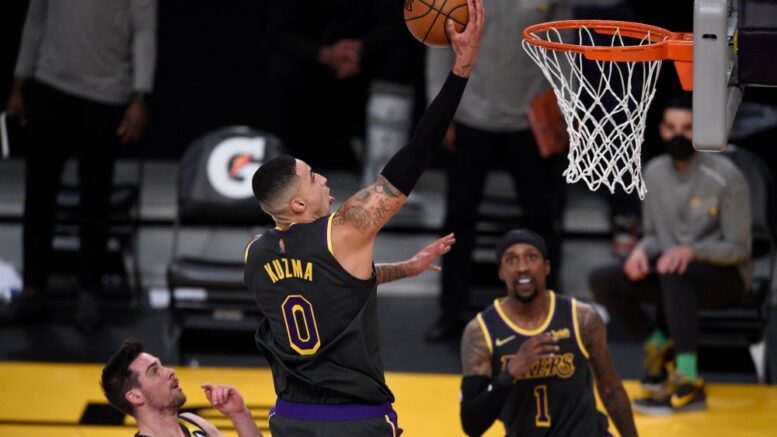 The Timberwolves are interested in Kyle Kuzma in the event that the Wizards look to relocate him, according to Jon Krawczynski of The Athletic.

Gersson Rosas, Minnesota’s president of basketball operations, has maintained “strong interest” in Kuzma for a while now.

The Timberwolves’ main objective is to find a starting-caliber frontcourt player next to Karl-Anthony Towns, as the Timberwolves hope to build a winning team while they have one of the best centers in the league under contract.

Lauri Markkanen and Danilo Gallinari are two power forwards Minnesota could acquire via trade, John Hollinger of The Athletic mentioned.

Gallinari has been on Minnesota’s radar for months, but sources told Krawczynski that the trade of Ricky Rubio to Cleveland makes a potential deal with the Hawks now much more difficult, as Rubio could’ve been the backup point guard Atlanta was seeking.

Markkanen, however, could be a much more realistic target for the Timberwolves, as the Bulls don’t have a ton of flexibility financially and are pursuing Lonzo Ball.