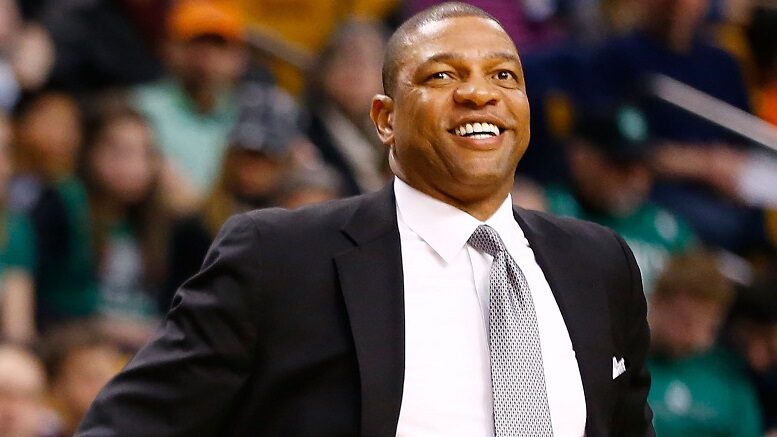 Sixers coach Doc Rivers smiles from the sideline while coaching the Clippers.

Sixers coach Doc Rivers joined ESPN’s Stephen A. Smith on First Take just a day after reports spread of Ben Simmons not wanting to play for Philadelphia ever again.

Simmons wants a trade, something Rivers confirmed was communicated to the team. Yet, Rivers explained that the team is not giving up on Simmons.

“Ben has a long contract. It’s in our hands and we want him back,” Rivers said.

Rivers also explained that his previous comments about his uncertainty about whether or not Simmons could be a championship point guard were misrepresented.

“We can win a title with Ben Simmons,” Rivers continued.

Be the first to comment on "Doc Rivers: Sixers ‘Can Win a Title With Ben Simmons’"