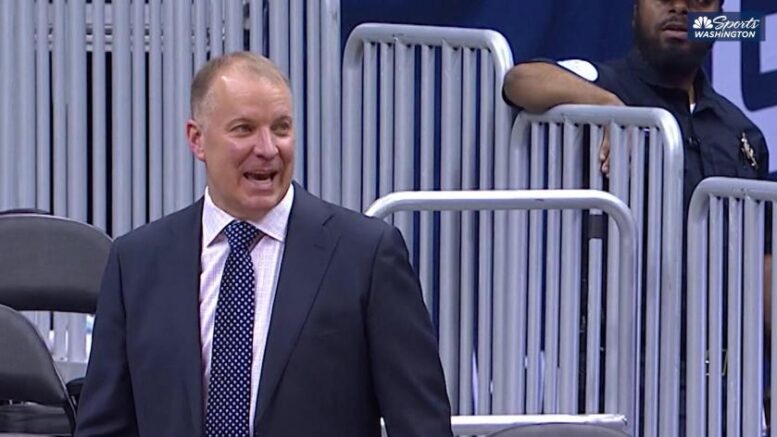 The Wizards have agreed to a training camp deal with Jordan Schakel, JD Shaw of Hoops Rumors reports. The pact will be an Exhibit 10 contract, as the team announced Tuesday evening.

The 6-foot-6 wing went undrafted following four years at San Diego State. He played for the Kings in this year’s Summer League.

Schakel is one of four players joining the Wizards on an Exhibit 10 deal. The team has also inked center Jaime Echenique, guard Jordan Goodwin, and center Jay Huff to training camp deals.

What Defines Success for the Wizards This Season?

The remodeling of the team gave reason for optimism, as Washington fields its deepest team since the pre-John Wall injury Wizards.

How will that translate to the win column? Oddsmakers project the Wiz to win 34.5 games with only six NBA clubs projected to win fewer.

Washington would need to outperform that total to make the postseason, something which remains the goal in Beal’s contract year. Should Washington get to the NBA’s second season, it would be worth noting the uphill battle Unseld and the Wizards faced to get there.

October 26, 2021Fantasy Basketball Notes: Kyle Kuzma, Steven Adams Rebounding in New Spots
Let’s take a look at some fantasy basketball notes with an eye on both season-long and daily. Kyle …
October 26, 2021Injury Notes: LeVert, Pacers, LeBron, Embiid, Iguodala
Let’s take a look at some key injury notes from around the NBA. LeVert Returns to Practice Caris …
October 26, 2021NBA Buzz: Simons, Billups, Dinwiddie, Walker, Simmons
Chauncey Billups was named coach of the Trail Blazers over the summer, as they hope he not only …

Be the first to comment on "Wizards: Jordan Schakel Earns One of Four Training Camp Deals"