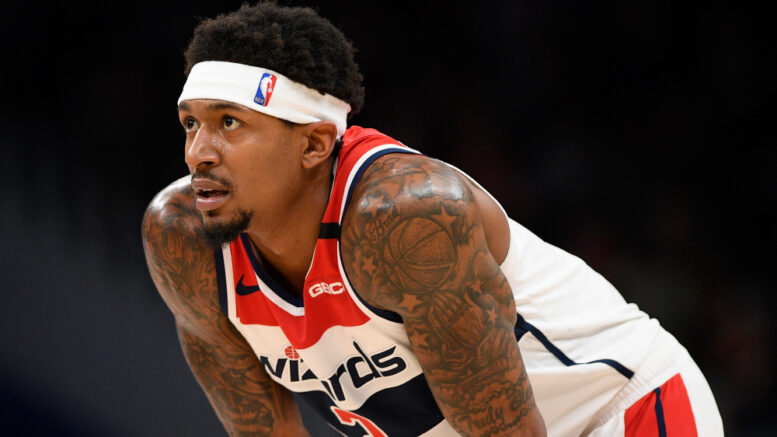 The Wizard fell to the Nets in Brooklyn on Monday night, losing 104-90. Let’s take a look at some notes from the contest:

The Wizards came out flat in Brooklyn, getting outscored 38-20 in the first quarter. The team actually outscored the Nets by four points over the final three quarters but it wasn’t enough for Washington to remain undefeated.

1 – The ball is sticking a bit. Both coach Wes Unseld Jr. and Bradley Beal mentioned that ball movement was a concern in their respective post-game press conferences.

That could simply be a product of trying to play catchup and having so many unfamiliar parts. Basketball is a game of ebbs and flows but when down 18 in the first quarter, instincts sometimes take over and the Wizards have quite a few guys who are naturally ball-dominate players. Expect this to smooth out as the season goes along.

"The ball definitely stuck a lot on the left side of the floor for whatever reason."

2 – Brace for life without Raul Neto. There’s no update on Raul Neto’s shoulder injury yet, per coach Unseld. Neto left the game after 16 minutes of court time against the Nets and given that the Wizards have taken a cautious approach with regard to injuries in the Tommy Sheppard era, if there’s any real concern, it’s unlikely Neto plays on Wednesday vs. Boston at minimum.

3 – Is Kyle Kuzma’s rebounding rate sustainable? Kuzma had just six points on 3-of-11 shooting (0-for-5 from three), but he contributed in the rebounding department again for the Wizards, snatching 13 boards (game-high). The former Laker has 39 rebounds through the team’s first 3 games and he’s led all players in that category in each contest.

Be the first to comment on "Wizards Notes: 3 Quick Things After Loss to Nets"