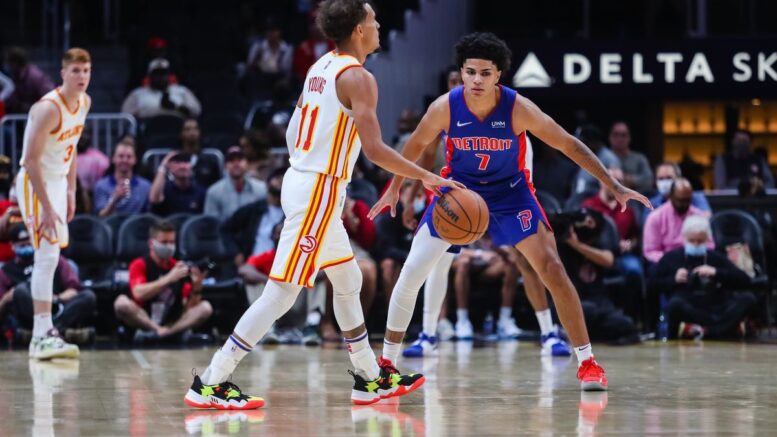 The Atlanta Hawks earned their way back into the win column with a big 122-104 win over the Detroit Pistons. The Hawks have now 24 of their last 30 home games at State Farm Arena. The players know just how important it is for them to protect their home court. As a result, they have really been locking in. Trae Young emphasized just how important it is to come out and perform well in front of their home crowd.

Behind the back ❄️
SPLASH 💦 pic.twitter.com/ecg5lyMGWF

“It’s always great playing here, so we want to make this a tough place to play,” Young said. “We’ve got to win at home. We’re about to go on the road for a couple of games. Hopefully we bring that same energy we had tonight and carry it over.”

Trae Young led the way for the Hawks. He scored 32 points on 13 of 21 shooting. He also knocked down 2 of 5 from behind the three-point line. He added on 4 rebounds and 9 assists as well. As Trae goes, the Hawks go. When he has games like this it is safe to say the Hawks have a great shot at winning.

WHEN WILL THEY LEARN pic.twitter.com/amp0qMplt1

JOHN COLLINS IS NOT FROM THIS PLANET pic.twitter.com/nz0o3eseZ1