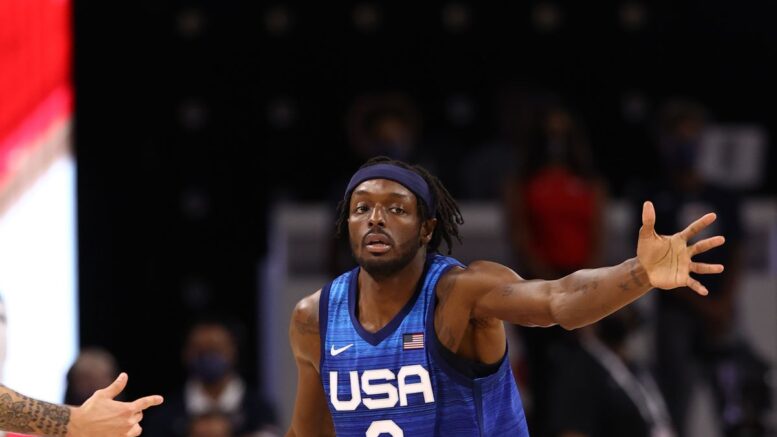 Forward Jerami Grant was placed in the Olympics’ COVID protocols earlier in the week out as a precaution and ESPN’s Brian Windhorst reports that Grant is expected to clear quarantine and travel with Team USA to Japan.

Coach Gregg Popovich previously told FortyEightMinutes and other media (via zoom) that he believed Grant was not in danger of missing the trip.

USA Basketball is without Bradley Beal, who will miss the Olympics because of COVID, and Kevin Love, who withdrew because of his ailing calf. Spurs wing Keldon Johnson and free-agent center JaVale McGee will replace the duo.

Speculation over who would replace Beal in the Olympics (and later Love) continued through Friday afternoon and a bevy of candidates were considered by USA Basketball. Sixers forward Tobias Harris was contacted about potentially playing for the team in Tokyo and Heat wing Duncan Robinson was rumored to be in contention as well.

With Grant participating, Team USA will not need to find another player.

Be the first to comment on "Team USA: Jerami Grant Expected to Play in Olympics"