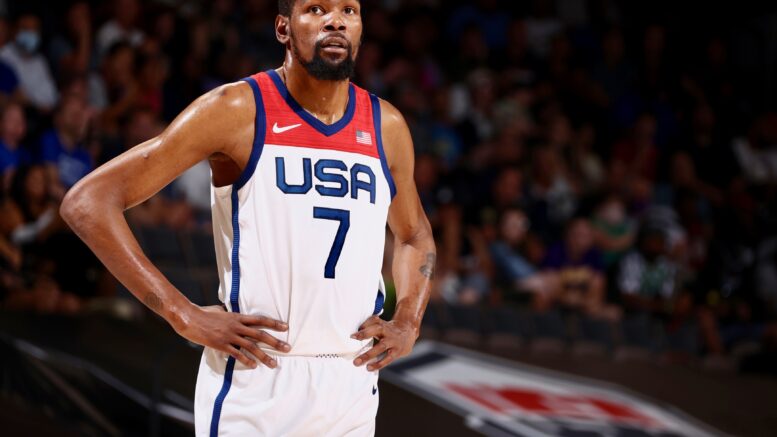 The Bradley Beal-Team USA situation has quickly turned into an unfortunate situation. On Thursday afternoon, it was reported that the team was “working to replace” him on the roster. Less than an hour later, a final decision has been made on his status.

Per USA Basketball’s account, Beal “will remain in protocol and will be unable to participate in the Tokyo Olympic Games.” The tweet also officially announces that Jerami Grant has entered health and safety protocols as well.

Things haven’t been easy for Team USA. The team didn’t capture its first exhibition win until Tuesday. Now, without one of its best players for the summer and missing another one temporarily, the challenge of building chemistry will only become more difficult.

Team USA coach Gregg Popovich says he feels for Bradley Beal, who is out for the Olympics in Tokyo.

“Since he was a little kid, this was a dream of his.”@FortyEightMins x @USABasketball pic.twitter.com/40vBXhntqB

Popovich said that the replacement player won’t necessarily be someone who can play at Beal’s level, telling our own Chris Crouse that he expects the team to add a “utility infielder” type player.