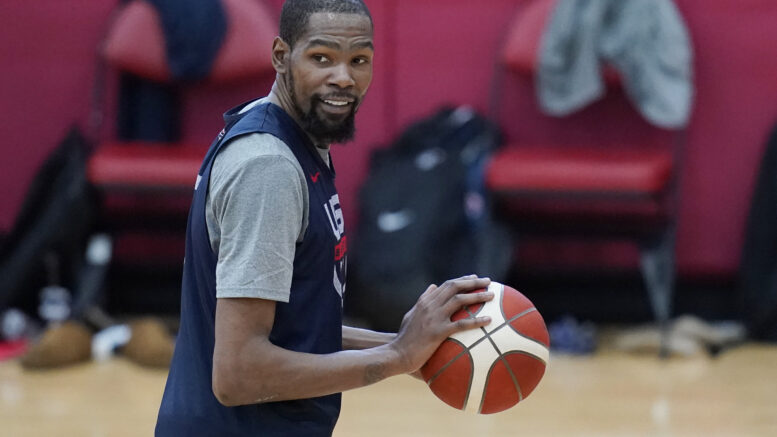 The 2021 Olympics are rapidly approaching and USA Basketball is in the midst of their scrimmages to warm up for the real competition which starts on July 25.

Team USA has won four straight gold medals heading into this year’s games in Tokyo. This year’s version of the team including several first time participants, including Bradley Beal. Beal recently shared some insight as to how coach Gregg Popovich is getting the team prepared for the Olympic games.

“Camp’s been intense, it’s been tough,” Beal said. “I mean it’s like NBA camp on steroids almost. it’s very attentive to detail, (Gregg Popovich) is excellent, like he is awesome to work with. And he just demands the best out of all of us, you know. And I think that’s what we all love and respect about him is there’s no favoritism, there’s accountability at every level, coaches, players, everybody, even himself. So I respect that heavily.”

Be the first to comment on "2021 Olympic Men’s Basketball: Odds for Team USA to Win Gold Medal"