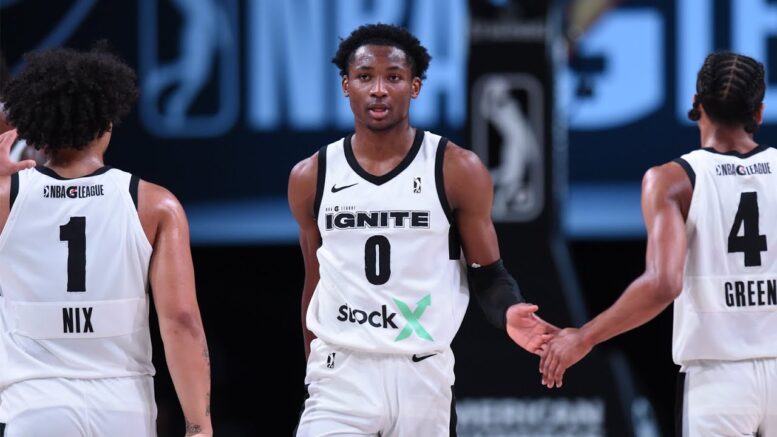 As the 2021 NBA Draft approaches, the Cavaliers are leaving no stone unturned. The team currently holds the No. 3 pick and will have a flurry of options to secure its next potential star. Jonathan Kuminga of the G-League Ignite could be that player.

Cleveland is bringing the 18-year-old in for a workout on Wednesday, per Chris Fedor of Cleveland.com. Fedor also notes that this will be the second time in a three-week span that part of the Cavs’ front office will have seen Kuminga in person. There seems to be at least some interest in the prospect from the team’s side.

Kuminga, a 6’8″ forward with a 7-foot wingspan and elite-level athleticism, is oozing with potential. He averaged 15.8 points, 7.2 rebounds and 2.7 assists in his most recent action with the Ignite squad, although his efficiency was alarmingly poor. He shot 38.7% from the field, 24.6% from deep and 62.5% from the free throw line.

The general draft range for Kuminga is later than pick three, although it wouldn’t necessarily be considered a reach if the Cavaliers took him. If he can continue to develop as a playmaker and reach his heliocentric offensive ceiling while putting his physical gifts to good use on defense, he can become a star. That will take a lot of work, though, and a Cleveland investment would be a huge vote of confidence in the franchise’s ability to develop such a raw player.

It’s no secret that the Knicks are interested in acquiring a point guard. With that said, they’re being very diligent in their search efforts. One of the latest names to pop up in rumors? Cavaliers guard Collin Sexton.

Sexton, who averaged 24.3 points and 4.4 assists per game last season while shooting 47.5% from the field, is “very available.” Thus far, New York has been the most aggressive suitor for his services. Marc Berman of the New York Post adds that Sexton could be dealt before the draft on July 29.

2020 No. 8 overall pick Obi Toppin could be a coveted player by Cleveland in a potential trade, per Berman’s report. Toppin, a 23-year-old forward, struggled to get — and stay — on the court in his rookie season. The former Dayton standout averaged just 4.1 points per game last year.

With that said, Toppin has a ton of talent and could become a valuable floor-spacer and lob target in due time. Trading a player of Sexton’s caliber would likely necessitate a solid return, and a package of Toppin and one of New York’s 2021 first-round picks (Nos. 19 and 21) may be a good place to start.

Be the first to comment on "Cavaliers Rumors: Kuminga Workout, Latest Trade Talk"