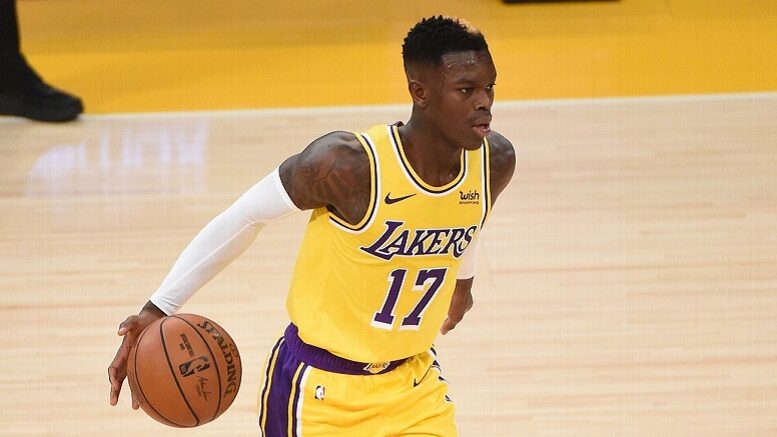 Lakers guard Dennis Schroder drives to the basket vs. the Suns.

The Lakers are a strapped-for-cash team with aspirations of reloading for a deep playoff run next season. Luckily for them, a team like the Knicks could possibly help them out this summer.

In an article by Bleacher Report’s Jake Fischer, it was reported that some league sources expect New York to be among the teams interested in acquiring point guard Dennis Schroder. Schroder, entering free agency ahead of his age-28 season, is coming off an up-and-down campaign in Los Angeles.

In just over 32 minutes per game, Schroder posted averages of 15.4 points, 3.5 rebounds and 5.8 assists. Fischer’s article adds that the veteran point guard is seeking a more prominent role and a heftier payday, although the Lakers don’t necessarily plan on offering him either. For the Knicks, that could open up some possibilities.

New York has the requisite cap room to sign a player of Schroder’s caliber outright, but a sign-and-trade may develop. The Lakers want to add talent to a LeBron James-led team, and rightfully so. Doing that is easier said than done, though. Some teams have more to offer than others.

The Knicks currently have a pair of first-round draft picks (19 and 21), as well as some intriguing young players. With that said, it remains to be seen which pieces the franchise would be open to parting with in order to get a starting-caliber point guard. At any rate, New York’s market for backcourt additions will be worth keeping an eye on throughout the offseason.