Cavaliers guard Collin Sexton drives to the basket vs. the Pistons. - AP

Collin Sexton‘s future with the Cavaliers remains in doubt and the Knicks are seen as the most aggressive suitor for his services, according to Shams Charania of The Athletic.

The combo guard is reportedly “very available” as the Cavaliers continue trade talks with teams around the league with Cleveland having financial concerns about a potential extension for Sexton.

The Alabama product is eligible for a deal that could pay him as much as $168 million over five seasons. It seems unlikely it will take a max deal to ink Sexton to an extension but anywhere close is still hindering the Cavs’ future flexibility given Jarrett Allen‘s potential deal and a looming deal for Darius Garland next year.

New York has an extra first-rounder this year, owning the No. 19 and No. 21 overall selections in the 2021 draft, and one of those picks could be a starting point in trade discussions. The franchise has long had a need for a clear answer at the point guard position and Sexton could potentially provide them with that.

Sexton has only missed 12 games in his entire three-year pro career, all of which came last season. He carries career averages of 20.2 points, 3.4 assists, and 3.0 rebounds while shooting 45.8 percent from the field and 38.5 percent on three-pointers. He is a career 83.1 percent shooter from the free-throw line. 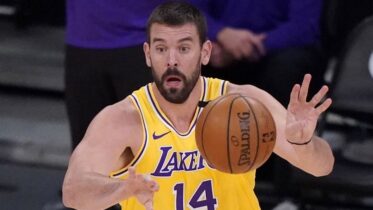 Marc Gasol won’t be suiting up for a second stint with the Grizzlies after being dealt by the Lakers, as he will remain in his native Spain with his family. However, his…