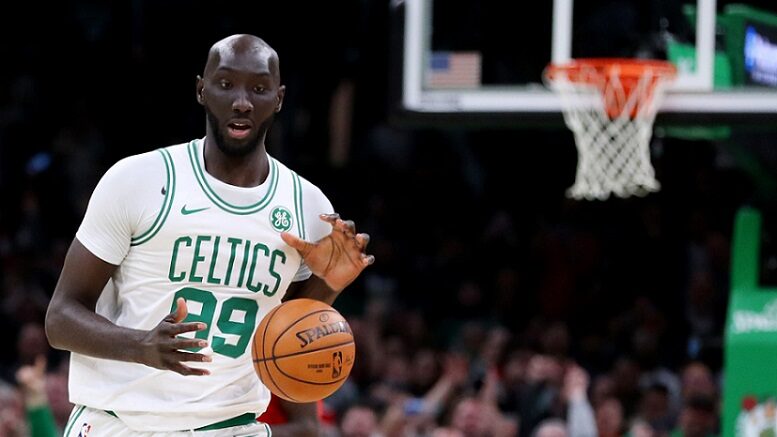 Celtics center Tacko Fall tried to get control of the ball during a game last season.

The Cavaliers will slot 7-foot-6 center Tacko Fall into one of their two-way contracts. The center had been with Cleveland during training camp.

Teams get two of these types of deals, which allow players to split time between the NBA and G League.

RJ Nembhard will occupy the team’s other two-way contract.

The Cleveland Cavaliers are expected to convert guard RJ Nembhard to a two-way contract, @HoopsRumors has learned.

Be the first to comment on "Cavaliers, Tacko Fall Agree to Two-Way Contract."