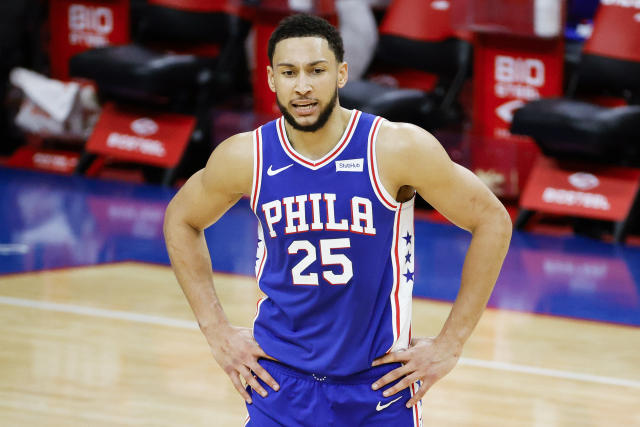 PHILADELPHIA — Ben Simmons is back in the City of Brotherly Love. According to ESPN’s Adrian Wojnarowski, the Sixers star has arrived and has taken a COVID-19 test, which is required by NBA protocols.

Tom Moore of The Bucks Country Courier Times previously noted that Simmon’s return could come as soon as this week.

The Sixers are hopeful that Simmons and the team can find common ground. The organization would like to see Simmons back on the court once he clears protocols, though it’s unclear if that will happen.

With Simmons missing the third preseason game on Monday night, he’ll have accrued roughly $1 million in lost salary. The three-time All-Star is, however, in the midst of a max contract that has four years and $147 million remaining on it.

Be the first to comment on "Report: Ben Simmons Arrives in Philadelphia"