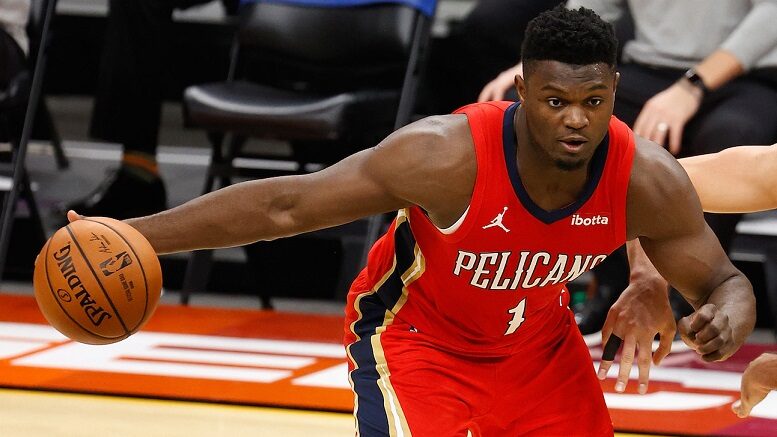 Pelicans forward Zion Williamson drives to the basket vs. the Suns. - Getty images

New Orleans Pelicans forward and rising superstar Zion Williamson gave quite an honest assessment of where he thinks his team currently stands.

“My stepfather taught me different,” Williamson said. “Doing the same thing over and over and expecting a different result is kind of insane. So I’m not going to sit here and say we’re close. The reality of it is it was very disappointing not to be a part of the play-in tournament and stuff. We just have to come in and be better. That’s just me being real.”

New Orleans GM David Griffin is using two different franchises, who were able to build success through the draft, as inspiration on how to turn the Pelicans into a powerhouse team themselves.

“In order to build sustained success, we’re going to need to do something very similar to what other teams have done in similar situations,” Griffin said. “When Seattle/Oklahoma City was building the way they were, when Golden State was building the way they did, you keep a young core and nucleus together. And you let it learn how to win together. What we’re not going to do is overreact and give up on the nucleus.”

If Griffin can successfully follow the model of those two teams, then Williamson could ultimately see the Pelicans as a long-term destination. However, if they don’t, then Williamson could bolt for the New York Knicks later this decade, as he’s spoken glowingly about that possibility multiple times early on in his playing career.

Be the first to comment on "NBA Rumors: Zion, Butler, Melli, Draft, Sexton"