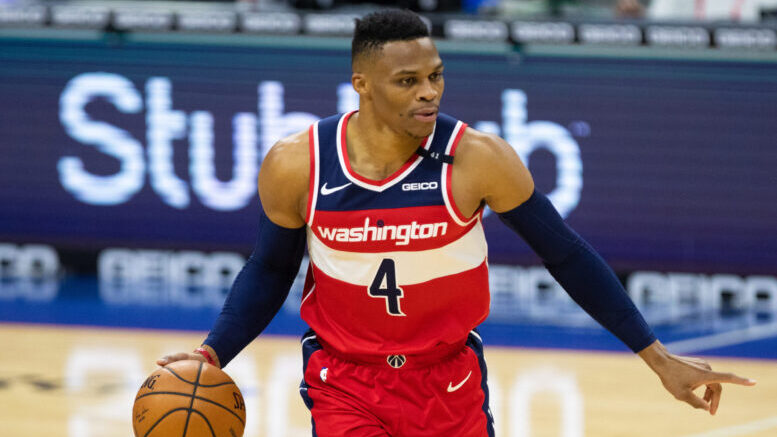 WASHINGTON — Russell Westbrook’s ankle injury didn’t appear to be something that hindered in him Game 3 and Scott Brooks indicated that Westbrook said it was doing fine after practice on Sunday.

“I know him. He’s not going to tell me anything different…he’s as tough as they come,” Brooks told FortyEightMinutes and other media of what Westbrook told him.

"I know him. He's not going to tell me anything different…he's as tough as they come."

Westbrook recorded a triple-double in the loss to the Sixers, scoring 26 points while adding 12 rebounds and 10 assists.

Joel Embiid set a career-playoff-high with 36 points in the Sixers’ Game 3 win, making 14-of-18 shots from the field, and Wizards coach Scott Brooks was simply left without an answer for him on the floor.

“I can’t imagine anybody playing better than him,” Brooks’ told FortyEightMinutes and other media in Washington after the contest. “That was MVP-level tonight. He’s definitely a handful.”

“I was fortunate enough to play with [Hakeem] Olajuwon for three years. He’s doing things that I haven’t seen since then,” Brooks added.