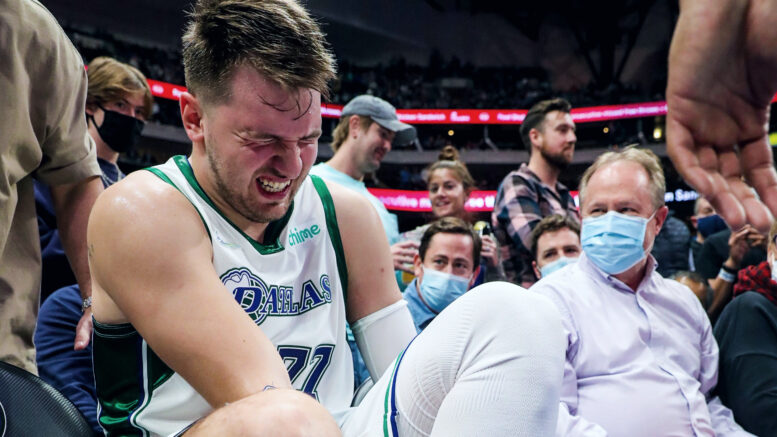 Luka Doncic, with 44 seconds left in the fourth quarter of a ten-point [111-101] win against the Denver Nuggets, limped off the floor after turning his left ankle, according to ESPN’s Tim MacMahon.

After the game, Mavericks head coach Jason Kidd shared that the two-time All-Star could walk, and we would see how he felt on Tuesday.

Well, on Tuesday, MacMahon gave an update on Doncic’s status, stating that the injury was “not too serious,” but he will likely miss time with the ankle injury, but the Mavs brass was hoping not too much time.

The Dallas Mavericks are getting set to go on the road for four games with the Suns and Clippers at two games apiece.

Read More on the Mavericks

Be the first to comment on "Injury Report: Latest on Luka Doncic"