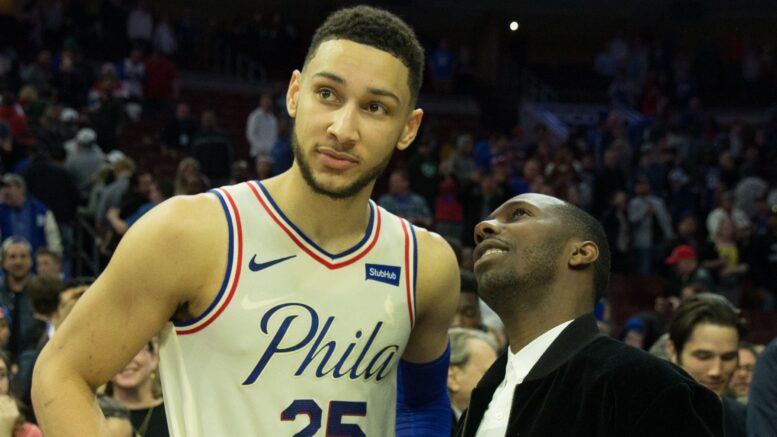 The Sixers have begun their six-game road trip and the team has fined Ben Simmons for not traveling with the team, Shams Charania of The Athletic reports.

Simmons’ camp believes the team is “disregarding” his mental health issues, Charania explains. However, the franchise’s position remains that until there is information otherwise from the team’s mental health specialist (or Simmons’) that the former All-Star should be making attempts to ramp up activities with an eye on returning to the Sixers’ lineup.

The Philadelphia 76ers have fined Ben Simmons for failing to travel on their six-game road trip, sources say. Details: pic.twitter.com/PEStgby08j

Limited Time Offer: Get up to $2000 in Risk-Free Bets at PointsBet

Rich Paul went into detail about the Simmons situation during a recent interview with Charania.

“I truly believe the fines, the targeting, the negative publicity shined on the issue — that’s very unnecessary and has furthered the mental health issues for Ben,” Paul said recently. “Either you help Ben, or come out and say he’s lying. Which one is it?”

There is currently no timetable for Simmons to return to the court.

“This is no longer about a trade. This is about finding a place where we can help Ben get back to his mental strength and get back on the floor. I want him on the floor playing the game that he loves. I want Ben on the floor whether that’s in a 76ers uniform or any other uniform, that’s not up to me, but I want him in a state where he can resume play. We want to cooperate and want to work him back on the floor.”

The Sixers responded to Paul’s claims, stating that his version of the story is “absolutely not” the case.

Be the first to comment on "Conflict Resolution? Ben Simmons, Sixers Continue to See Things Differently"