Should Cavaliers Trade For Brandon Ingram? 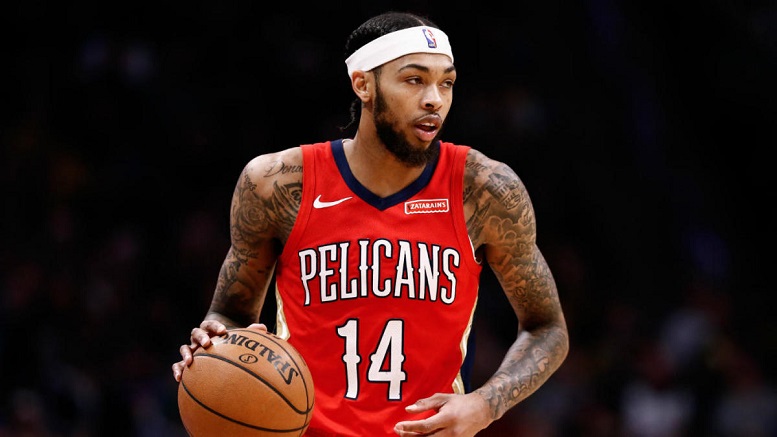 Should Cavaliers Trade For Brandon Ingram?

There haven’t been any major rumors surrounding a potential trade that would send Brandon Ingram to the Cavaliers, but with the Cavs and Pelicans heading in opposite directions, could the two teams engage in trade discussions?

For the Cavs, it makes all the sense in the world to at least look into the possibility of acquiring a superstar given that they’re off to a surprising 7-4 start, but Evan Mobley and Darius Garland should be untouchable in any trade unless Giannis Antetokounmpo or Luka Doncic are coming into town.

Allen would likely be seen as untouchable as well given his averages of 14.9 points and 11.6 rebounds per game.

However, Sexton may not be seen as untouchable, as he and the Cavs couldn’t come to an agreement on a contract extension before the season started.

Okoro still appears to have a long ways to go before he can be an impact player on the floor. The fit of Markkanen next to Mobley and Allen is clunky at times.

Ingram is one of the best scorers at the wing position in this league, but he can also come in and help facilitate the ball a little bit, as Sexton only averages 3.3 assists for his career at the guard position.

Ingram’s ability to hit the catch-and-shoot three will also help space the floor on a team that has two traditional 7-footers in their starting lineup.

One thing to note is that Ingram does have an injury history, as he’s currently out with a minor hip injury.

However, it’s rare to find a player available for all 82 games, and the talent from Ingram is undeniable.

If the Cavs are able to package Sexton, Okoro, Markkanen and multiple first-round picks to acquire Ingram, then it’s a no-brainer for them to pull the trigger, especially when you consider that this trade would immediately make them a playoff team in the East.

If the package had to include Garland and/or Mobley, however, then the Cavs should simply hang up the phone.