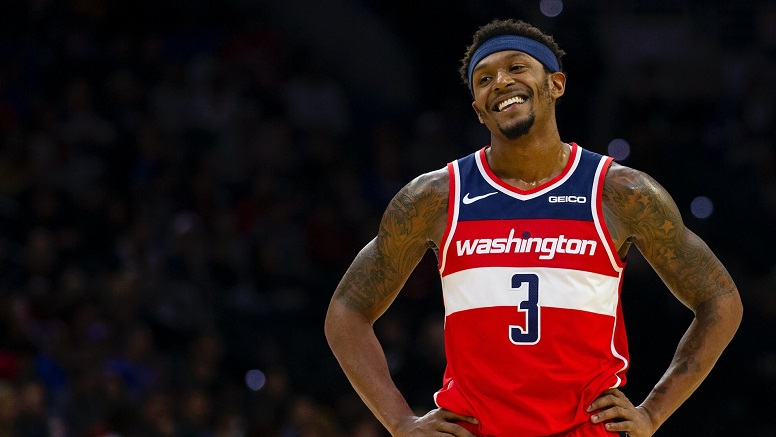 Wizards guard Bradley Beal smiles during a game against the Celtics.

The Wizards’ 2-0 start is one of the more surprising developments in the NBA but perhaps it shouldn’t be. Washington reloaded this offseason, adding depth at nearly every position to a team that had its share of bench issues last season due to injuries and inefficient play. In the team’s first two games, the Wizards’ bench has outscored its opponents’ bench by 40 points.

Washington takes on the Nets on Monday night with Brooklyn staring 1-2 on the year. Steve Nash’s club is without Kyrie Irving (and is likely to be for the foreseeable future) and while Patty Mills has looked like an admirable replacement for the time being, he’s just one of several new pieces that Brooklyn is trying to integrate.

Be the first to comment on "Wizards-Nets: Odds, Betting Trends, Injuries, More"