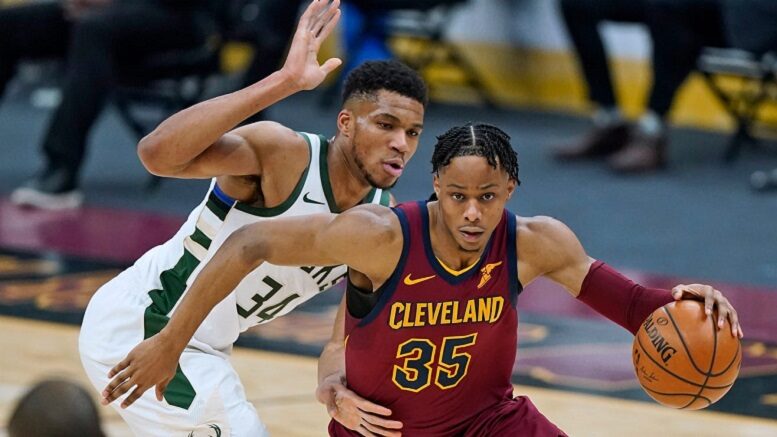 The top storyline every season tends to be, “who’s the best?”

Quite frankly, I wholeheartedly believe no one matches Kevin Durant’s caliber. The 7-foot forward continues to defy all odds with his drive to the basket, shooting ability, and defensive presence. Meanwhile, there’s Giannis Antetokounmpo who is just as good if not better than Durant in all those things, but shooting. The one thing that should hold anyone back from dubbing the “Greek Freak” as the best player in the league should be because of his shooting.

However, there’s no denying that the only person standing in the way of Antetokounmpo is himself. The Bucks star has clearly been putting in the work on his shot and it has paid off in his preseason play. The league should be on alert because if the future Hall of Famer becomes comfortable with his shot selection and can consistently shoot, he will indubitably be the NBA’s best player in recent history and it won’t be close.

The fact that he’s averaged at least 26.9 PPG since the 2017-18 season is ridiculous given the fact that a majority of his points come in the paint. Opposing defenses will give Antetkounmpo the space he respectively deserves when dribbling the ball up from the half-court line as nine out of 10 times, you would be expecting the 7-foot, 242 lb forward to bully his way to the rim. Granted he has more of a shooter stroke now, it will allow him to take time and pull up from anywhere on the court, even beyond the arc more often.

Saying Antetkounmpo has reached his ceiling is premature. He has won one Most Improved Player award, one Defensive Player of the Year award, two MVP awards, and is coming off his first NBA championship alongside winning the Finals MVP award. If there’s anything we have learned from him, is that there’s always room for improvement in his career. Perhaps a third MVP shouldn’t be out of the question just yet…