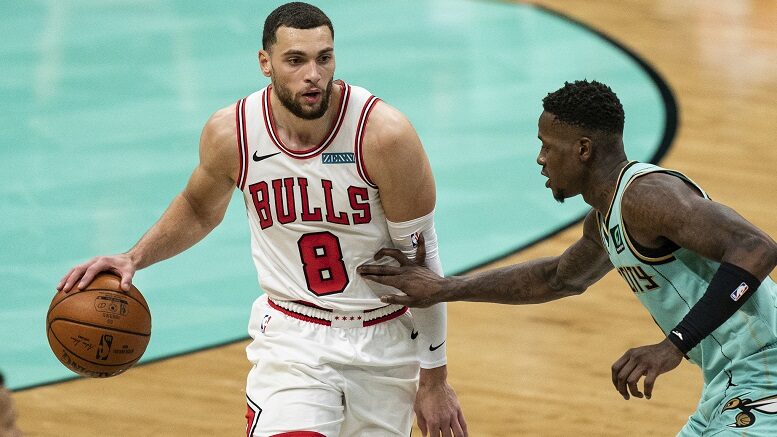 The Chicago Bulls are back with a revamped roster after having arguably the best offseason in the league. Zach LaVine and Nikola Vučević will remain the core duo that this team will turn to, however, the acquisition of Lonzo Ball, DeMar DeRozan, and Alex Caruso has most certainly shifted the landscape of the NBA.

On paper this team looks like a top-5 seed in the East, however, a slow start seems realistic for a group that seems to be trying to find its identity. The roster has a lot of talent, but it could go to nothing if head coach Billy Donovan doesn’t work to everyone’s strengths while taking into account their weaknesses.

[Related: Bet on the Bulls or any NBA team at PointsBet and get a deposit match up to $250]

Allowing Lonzo Ball to be the ball handler and having LaVine play off the ball alongside DeRozan may be the safest approach at first. Finding ways to utilize Caruso and while considering how good Coby White can be for this team is going to be a key thing to watch for. White is the better shooter, however, Caruso offers an edge on both sides of the ball and certainly has more experience/basketball IQ given the fact that he has played with LeBron James for a majority of his NBA career.

While they might struggle early, it would be foolish to underestimate what the Bulls can do down the stretch.

Be the first to comment on "Bulls Expectations: Proceed with Caution Early"