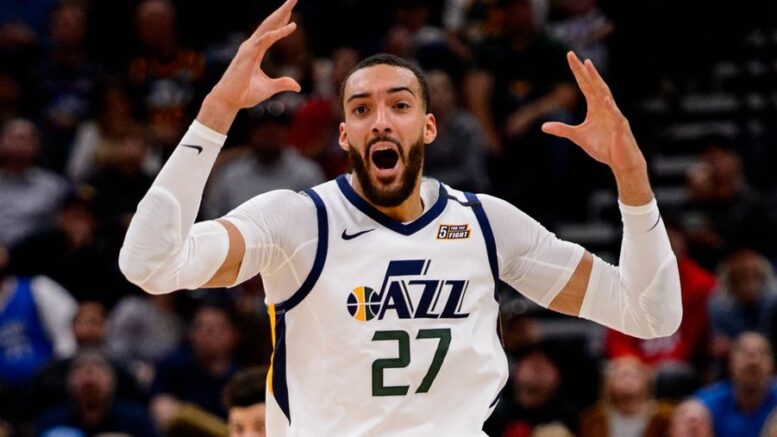 The playoffs have been kind to the Utah Jazz thus far, but they still need more.

After enduring a stretch of 21 consecutive missed shots to come back and win Game 1 of their second-round series versus the Los Angeles Clippers, Game 2 tested the Jazz in a different way. This time, the Clippers made a comeback of their own and eventually secured a brief lead in the fourth quarter. Luckily, some Joe Ingles heroics saved the day after momentum completely shifted away from Utah. Heading into Saturday’s Game 3, stability will be much-needed.

Point guard Mike Conley is out for a third-straight game. Before this series began, I questioned whether the Jazz had enough to beat the Clippers. That question has seemingly been answered but with that said, a lot has to go right in order for Quin Snyder’s squad to take a commanding 3-0 series lead. Here are my three keys to victory for Utah.

There may be no greater spectacle to watch in the playoffs than Donovan Mitchell stepping up for the Utah Jazz. After averaging 36.3 points per game in last year’s opening round against the Denver Nuggets, Mitchell is once again playing terrific basketball. The two-time All-Star poured in 28.5 points and 5.8 assists per contest in round one against the Memphis Grizzlies, and he’s followed that up with 45 and 37-point outings to open the Clippers series. Mitchell’s postseason legend is no longer a fluke: it appears to be here to stay.

In order for the Jazz to weather the storm without Conley, they’ll need Mitchell to keep playing out of his mind. He has the pick-and-roll and isolation scoring chops to continue doing so. Double-teams don’t work anymore, as the budding superstar is a much-improved playmaker. He’s also one of the most explosive guards in the league. Los Angeles has their hands full every time Mitchell handles the ball, and he needs to keep attacking moving forward.

Confidence and consistency from Joe Ingles

With Conley injured, Ingles is without a doubt one of the most important offensive players for the Utah Jazz. He struggled in Game 1, scoring just eight points on 3-of-12 shooting from the field and 1-of-8 from deep. His seven assists were nice but overall, the veteran wing from Australia seemed out of his element. He bounced back in a big way on Thursday, converting on seven of his 10 attempts from the field (4-for-7 on threes) and dishing out four assists. Ingles controlled the tempo of the fourth quarter as soon as he got back on the court.

When Ingles is at his best, the Jazz are a very difficult team to beat. His ability to run the offense in spurts and balance it with efficient and timely three-point shooting is tremendous. If he also picks his spots to drive to the rim, defenses are in for a rough night. Ingles willingly accepted a larger role in Game 2 and for Utah’s sake, that will hopefully be the case in Game 3 as well.

A good night from Jordan Clarkson

In minutes where Mitchell struggles to get good looks or he’s simply not on the court, the Utah Jazz tend to rely heavily on Jordan Clarkson. This season’s Sixth Man of the Year serves as instant offense off the bench, able to create for himself and is never afraid to take a tough shot. After shooting 33% from the field in Game 1 against the Clippers, Clarkson scored 24 points on 60% shooting in Game 2. His contributions were invaluable to a team that desperately needed them.

Picking Clarkson was a tough choice, as Bojan Bogdanovic, Rudy Gobert and Royce O’Neale have all meant a ton to Utah in this series. Although Mitchell has been a one-man show at times, the Jazz ultimately need all hands on deck in order to keep beating a very talented team. As the series heads to Los Angeles for Game 3, expect both teams to leave it all out on the court.

Do Jazz have enough to beat Clippers without Mike Conley?

Be the first to comment on "Three keys to Utah Jazz winning Game 3 vs. Clippers"