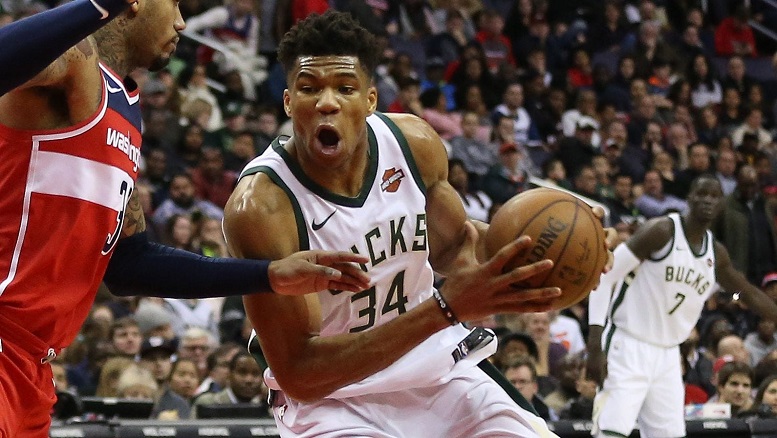 Giannis Antetokounmpo isn’t going anywhere but prior to him signing his contract extension with Milwaukee, rival executives around the league were fearful that the Greek Freak would go to Dallas to team up with Luka Doncic.

The threat of Giannis heading to the Mavericks made executives live in “abject terror”, as ESPN’s Zach Lowe indicated in his latest piece.

“Perhaps the follow-on issue is that version of Antetokounmpo — as much finisher as initiator — requires an elite creator closer to his level,” Lowe wrote. “(This is why rival executives lived in abject terror before Antetokounmpo signed his supermax over the spectre of Antetokounmpo joining Luka Doncic with the Dallas Mavericks.)”

There were rumors prior to the 2-time MVP signing his extension that Dallas was gearing up for a run at Antetokounmpo and while they won’t add the superstar now, the franchise is in position to add talent to the roster, having considerable salary-cap flexibility this summer (not to mention a possible Kristaps Porzingis trade that could potentially net a new co-star).

Be the first to comment on "NBA Rumors: Mavericks, Giannis, Blazers, Allen, Budenholzer"