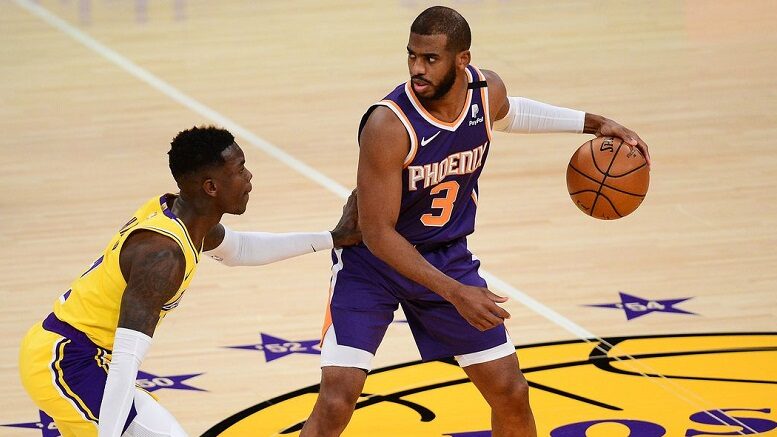 Chris Paul is out indefinitely after being placed in the NBA’s health and safety protocols, according to multiple reports.

It’s unclear how much time CP3 will miss, though how many Suns games he is forced to sit out will depend on the status of the Jazz-Clippers series, which plays Game 5 on Wednesday night. The Suns advanced to the Western Conference finals and will play the winner of that series (Los Angeles may be without Kawhi Leonard for the remainder of the series because of a knee injury).

If Paul has been vaccinated, he could be facing a shorter absence, as ESPN details.

The NBA’s rules for coronavirus-related isolation periods have evolved throughout the season in correlation with increasing vaccine numbers. If Paul is already vaccinated against COVID-19, he could be facing a shorter absence from the Suns.

According to ESPN’s Jalen Rose, Paul has been vaccinated.

Paul’s presence has been a major reason why Phoenix has excelled this season.

“You can ask anybody on this team how has Chris developed your game and everybody’s going to have a lengthy answer because he cares,” Booker said recently.

Be the first to comment on "How long will Phoenix be without Chris Paul after COVID-19 scare?"