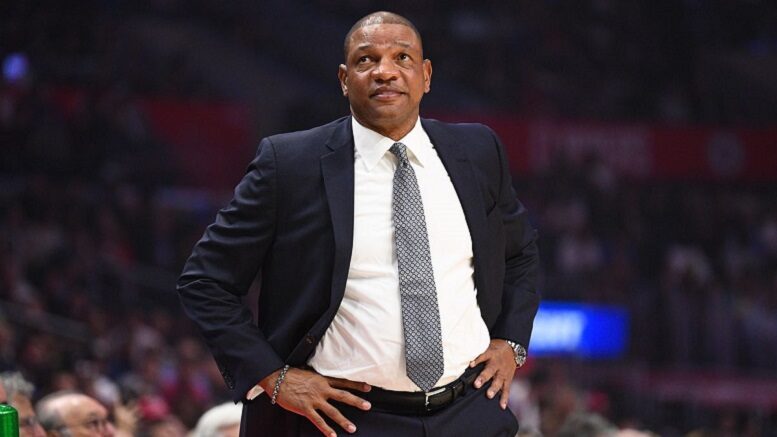 Former Clippers coach Doc Rivers is entering his first season with the 76ers.

The Sixers blew an 18-point lead in Game 4 vs. the Hawks and coach Doc Rivers wasn’t thrilled with the way the team “went back to hero basketball.”

“Everybody wanted to be the hero, instead of trusting the team, trusting each other. So when you do that, you usually lose,” Rivers told FortyEightMinutes and other media via zoom. Especially, when the other team outworks you the whole F—— game.”

Rivers indicated that there wasn’t any one player responsible for the style of play but rather, it was everyone on the squad.

“When guys are open, we have to pass it to them,” Rivers continued.

Philadelphia had just 23 assists in the contest while Atlanta compiled 34.