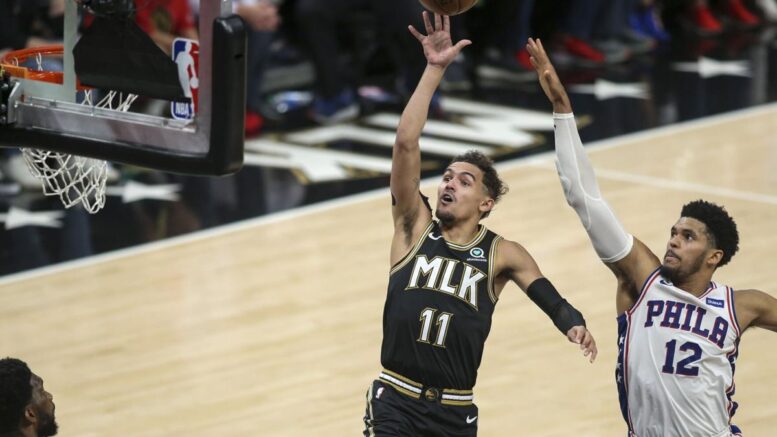 The Atlanta Hawks defeated the Philadelphia 76ers 103-100 in Game 4 of this second-round series. After rallying back in Game 4 after being down 18 points in the 2nd quarter, the Hawks stormed back, and the win changes the dynamic of this series.

Heading back to Philadelphia, compared to if the Sixers would have won and then they would be returning home to Philadelphia for Game 5 with the chance to close out the series is a much more difficult feat for Philly. Atlanta finds themselves in a great position heading into Wednesday night’s game.

Trae Young led the way for the Hawks despite starting slowly to start the game, scoring 25 points on 8-of-26 shooting from the field. He also grabbed four rebounds and dished out 18 assists.

Young was happy with his performance and the fight of his team.

Icy when it matters…

There he is ❄️ pic.twitter.com/he8pzirzNi

“This team never gives up, no matter what the score is,” Young said. “I love the way we fight and I’m proud of our team tonight.”

Other Hawks players chipped in to help the team earn the huge Game 4 victories.

Game 5 is Wednesday, 6/16 in Philadelphia at the Wells Fargo Center. Tip-off is at 7:30 pm and the game will air on TNT.