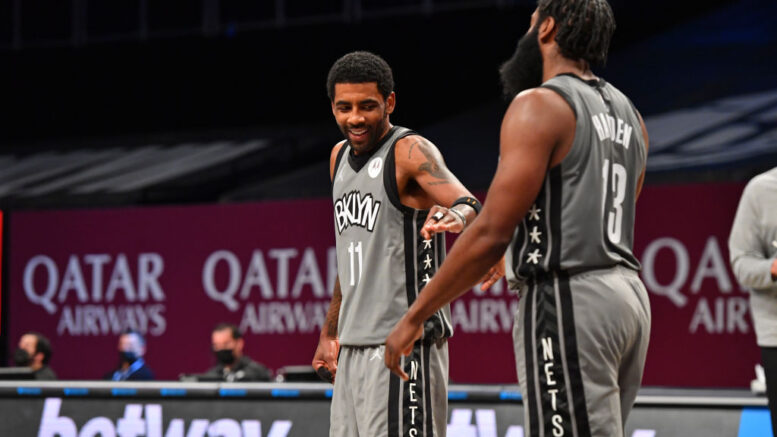 James Harden hasn’t played for the majority of the Nets’ series against the Bucks because of his hamstring injury, though he’s slated to return for a pivotal Game 5.

Harden went through pre-game warmups without suffering any setbacks and will play on Tuesday night, originally reported by ESPN’s Adrian Wojnarowski.

Kyrie Irving will not suit up in the contest. The point guard sprained his ankle in Game 4 and has no exact timeline for his return to the court.

Brooklyn won the first two games of the series, though the team has dropped two straight games to tie the series at 2-2.

Be the first to comment on "Latest on James Harden, Kyrie Irving"