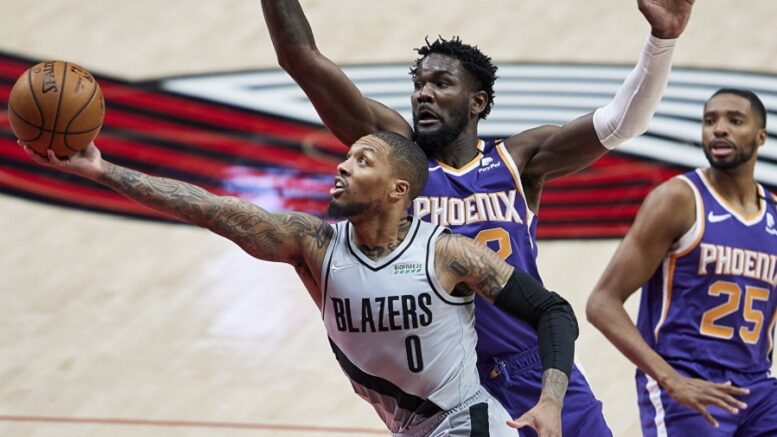 While the NBA season is still in full swing for some players, others are looking ahead to this summer. Trail Blazers guard Damian Lillard and Warriors forward Draymond Green are among initial commitments to Team USA’s camp for the Tokyo Olympics, per Shams Charania and Joe Vardon of The Athletic.

Lillard, whose Blazers were eliminated in the first round of the playoffs, will be competing in his first Olympic basketball games. Green is a bit fresher given that his team was eliminated in the play-in tournament, and this will be his second time representing the United States (2016 was his first). Lillard and Green are the first marquee names to sign up for the Olympics. With that said, having one of the NBA’s premier scorers and an All-Defensive first-team player commit is a great start.

Vardon tabs Boston Celtics star Jayson Tatum as the next possible high-profile addition to Team USA’s soon-to-be stacked Olympic basketball roster. Head coach Gregg Popovich is notorious for getting the most out of his players and as the next generation of league stars emerges, Tatum could be at the forefront of that movement.

Team USA is a world hoops powerhouse, bringing home gold medals in each of its past three tournaments. The COVID-19 pandemic put plans for a title defense on hold last year but thanks to recent progress worldwide, games will resume. Popovich, named head coach in 2015, is taking over for Duke basketball coach Mike Krzyzewski.

The Olympic games as a whole begin on July 23, while group basketball competition launches between July 25 and August 1. The elimination stage runs from August 3 to August 7.

Update: Tatum has committed to play for Team USA, per Yahoo Sports’ Chris Haynes. The team is also hopeful to secure a commitment from Wizards star Bradley Beal, according to Marc Stein of The New York Times.

Be the first to comment on "Damian Lillard, Draymond Green commit to Team USA Olympics"