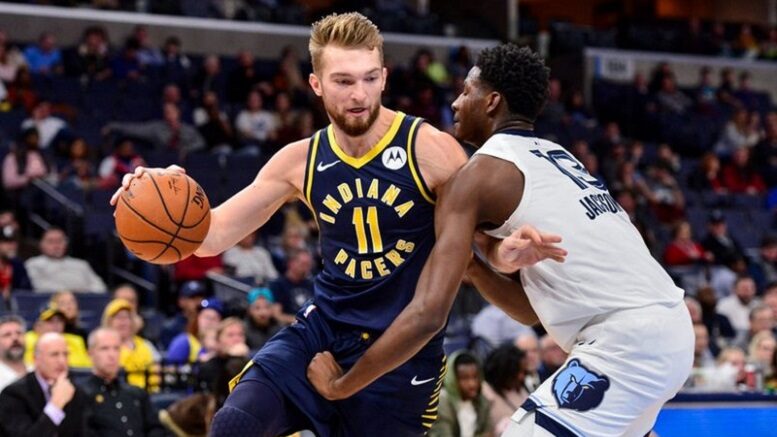 Pacers forward Domantas Sabonis drives to the basket vs. the Grizzlies.

Nate Bjorkgren is taking the news of drama within the Pacers hard and there is concern with how it’s impacted the first-year coach, per J. Michael of the Indianapolis Star.

And there is a lot to take in here.

Earlier this week, ESPN’s Adrian Wojnarowski reported Bjorkgren’s future in in doubt because of friction with both the players and members of the coaching staff, and general “team turmoil.”

“His players don’t like his management style. They avoid him,” Michael wrote. “His assistants are micro-managed.”

The Pacers (31-35) are holding down the ninth-best record in the Eastern Conference entering the final week of the regular season. They have managed to stay in the playoff chase despite multiple injuries to key plays and apparently, a dislike of Bjorkgren’s coaching style.

All of it has led to rumors that there will be a coaching change following the season. Current Nets assistant Mike D’Antoni has already been floated as a potential replacement. D’Antoni interviewed for the Pacers job last offseason before it went to Bjorkgren.

Three years remain on Bjorkgren’s contract, but only this and next season are guaranteed. So if the Pacers decide to part ways, they will only owe him a year’s worth of salary.

On the bright side, the Pacers were clearly motivated in defeating former coach Nate McMillan and the Hawks on Thursday night. Point guard T.J. McConnell even gave credit to Bjorkgren.

“We came out with a different mentality because of coach,” McConnell told reporters. “The performance we had (in Wednesday’s loss to the Kings) was unacceptable. He came in with an amazing attitude after everything that is circulating and got us ready.”

Right now, the Pacers’ focus is landing a spot in the postseason and making something of a season that’s full of challenges. Whether Bjorkgren will be their coach next year very much remains up in the air.

Be the first to comment on "Sabonis, Brogdon want Pacers to move on from Bjorkgren"