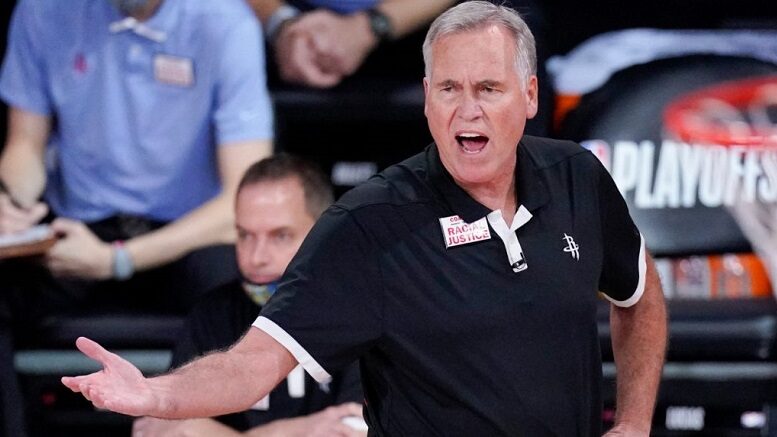 If Nate Bjorkgren is let go as coach, the Pacers could turn their attention back to Mike D’Antoni, per Jake Fischer of Bleacher Report.

Bjorkgren is in his first season as an NBA head coach and facing an uncertain future amid some team turmoil, ESPN first reported. D’Antoni interviewed for the Pacers’ coaching vacancy before the season and has since taken an assistant job under Steve Nash with the Brooklyn Nets.

Bjorkgren is “completely out of his element as a leader,” Fischer quoted one league executive who previously worked with Bjorkgren as saying. Per multiple reports, friction exists between not only Bjorkgren and the players, but also Bjorkgren and members of the coaching staff.

Also one former player told Fischer that Bjorkgren is “kind of stubborn, won’t listen, even though it might be good conversation. He’s a micromanager and he’s not for everyone.”

Bjorkgren discussed the reports of team turmoil prior to Wednesday’s loss to the Kings.

“You know I don’t make excuses for things,” he told reporters before the game. “I’m a young coach. I’m learning, I’m growing and I’m trying to be better. This is on me. I’m the head coach and fingers should be pointed at me. I love coaching this team and the relationships with these coaches and players, I’ve just got to keep getting better.”

D’Antoni is in his first season with the Nets after four years as head coach of the Rockets. He has also coached the Nuggets, Suns, Lakers and Knicks.

Be the first to comment on "Could Pacers turn attention back to Mike D’Antoni?"