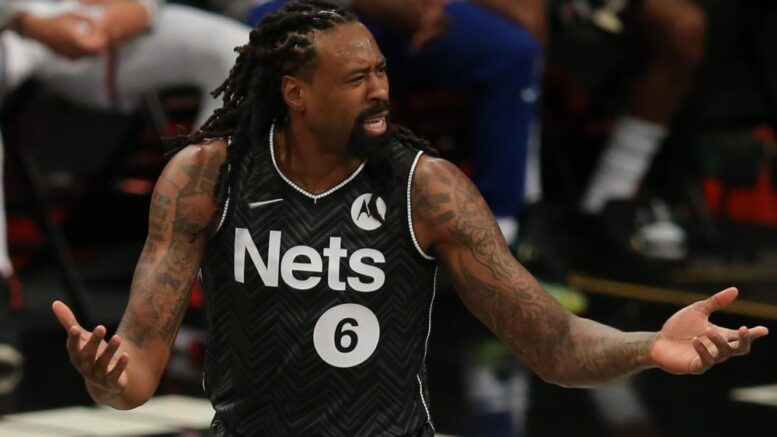 It appears that DeAndre Jordan is unlikely to begin with the season with the Nets.

Jordan has been the subject of trade rumors all summer, as Alex Schiffer of The Athletic notes.

Nets GM Sean Marks was seemingly noncommital about Jordan’s future when he recently spoke to the media.

“I think with all of our guys there’s always discussions,” Marks said when asked about Jordan. “And whether that’s reported or whether it’s not reported, I don’t want to use the old cliché but it’s a credit to our players that they come up in conversations or talks.”

Jordan didn’t appear in a single playoff game for the Nets last season and was out of the rotation since the beginning of May.

Schiffer adds that Brooklyn would like to add another veteran big man. Paul Millsap is on their radar, though the former Nugget is eyeing a deal above the minimum, which is likely out of the Nets’ price range. LaMarcus Aldridge rejoining the team could be an option if he’s able to be medically cleared to return to the court.

As for Jordan, ESPN’s Ramona Shelburne hears that the Lakers could have interest in him should he agree to a buyout with the Nets.

Looking for a Nets-themed podcast?

Check out The Scary Hours Podcast, co-hosted by our own Sameer Kumar. The latest episode features Matt Brooks of NetsDaily.