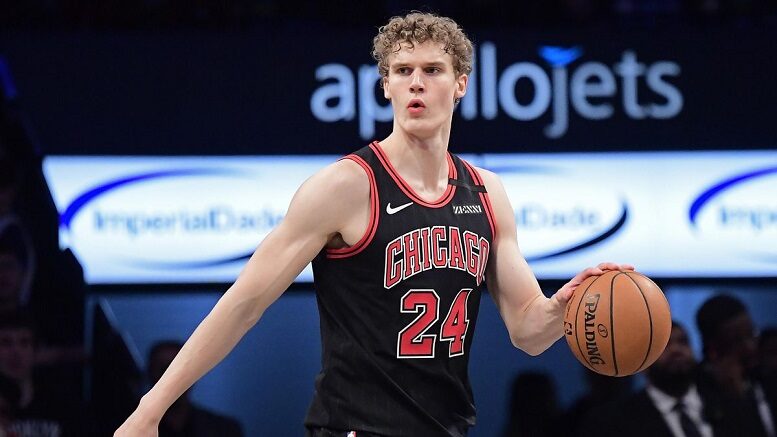 Bulls forward Lauri Markkanen looks to drive vs. the Bucks.

The Cavaliers are acquiring free agent forward Lauri Markkanen from the Bulls in a three-team trade that will send Larry Nance Jr. to the Blazers, according to Adrian Wojnarowski of ESPN.

The Bulls will also receive guard/forward Derrick Jones Jr. and a lottery-protected future first-round pick (2022) from the Blazers. Portland will receive a 2023 second-rounder as well (Nuggets’ pick via Cleveland).

Markkanen will receive a four-year deal worth $67 million from the Cavaliers, as Wojnarowski adds.

The former No. 7 overall pick has been the subject of trade rumors dating back to the beginning of last season when he and the Bulls couldn’t agree to an extension. The Mavs and Pelicans were among the teams linked to the power forward but reports of the Cavs’ interest weren’t particularly loud.

With Markkanen in Cleveland, the future of Kevin Love in Cleveland looks even more uncertain, even with Nance Jr. out of the picture.