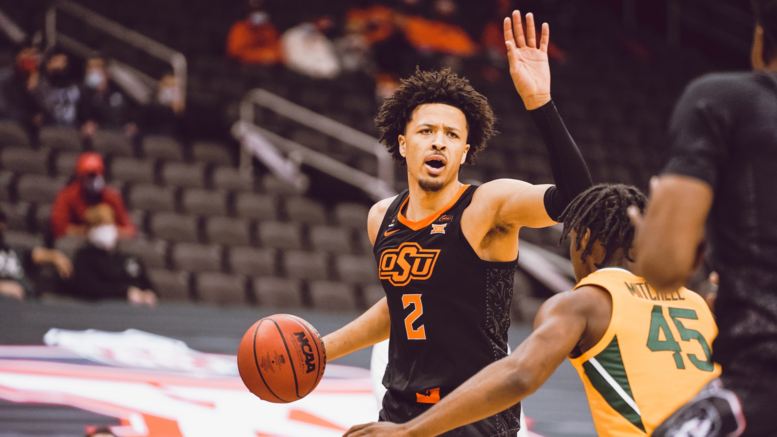 The Pistons won the lottery last month and while all signs point to them keeping the pick, Jonathan Givony of ESPN.com hears that several teams are eyeing the selection.

The Cavaliers, Rockets, Pelicans, and Thunder are among the teams evaluating what it would take to trade for the No. 1 overall pick.

Teams including Cleveland, Houston, New Orleans and Oklahoma City are among those making overtures to evaluate what it would take to move up to the No. 1 slot, sources say, but those talks are at an early stage, and any trade is unlikely to be consummated until much closer to the draft, if at all.

From all accounts, Detroit is comfortable standing pat at No. 1 and taking Cunningham but will be active in exploring the possibility of trading down and obtaining additional assets, with Mobley a potential target if something gets done.

Givony adds that Cade Cunningham isn’t a lock to go No. 1. Detroit is conducting its due diligence on a number of players, including Jalen Green and Evan Mobley.

Pistons GM Troy Weaver will be the lead decision-maker on draft night and he’s done considerable research throughout the season, including personally making a trip inside the G League bubble to view prospects such as Green and Jonathan Kuminga.

Be the first to comment on "Draft Rumors: Cavs, Cunningham, Pistons, Green, Barnes"