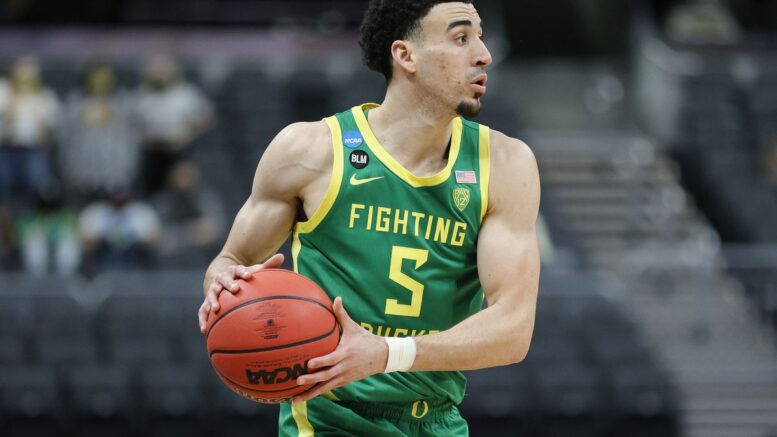 With just over three weeks until the 2021 NBA Draft, teams are ramping up their pre-draft plans. The Wizards are doing that in the form of working out a former Oregon guard on Thursday.

Chris Duarte, a 6-foot-6 combo guard, is a likely first-round pick. After averaging 17.1 points, 4.6 rebounds and 2.7 assists per game as a sophomore, he heads to the NBA. Duarte is widely regarded as one of the best shooters in the year’s draft, canning 42.4% of his three-point attempts this past season.

Adding Duarte into the mix would help the Wizards immediately. While he’s nearly 24 years old and doesn’t have a ton of room to grow, Duarte is a marksman when moving off the ball. If he were to share any minutes with star guards like Russell Westbrook or Bradley Beal, his life would be made much easier. The self-creation aspect of Duarte’s game is still a work-in-progress.

As a defender, Duarte works hard. His instincts are plus, as is his length. A 6-foot-7 wingspan may not make a huge difference but when matched up against NBA-level shooting guards, it comes in handy. Duarte is a high-IQ player on the defensive end who has a clear floor as an impact player despite his lack of elite athleticism.

The Wizards currently hold the No. 15 pick — the final selection of the lottery — in the draft. Duarte may not be the most ideal option at that point, but he brings floor-spacing and maturity to the table. He can handle the ball in spurts, although his playmaking still needs to improve a ton before being trusted on a full-time basis. Nevertheless, he is capable of moving the ball around.

It remains to be seen whether Washington will make any trades for additional picks. If the organization is looking for a reliable addition to its backcourt, Duarte does make sense. In a guard rotation that’s losing Raul Neto this offseason, perhaps a replacement could come via the draft.

Be the first to comment on "Wizards Draft: Examining Chris Duarte’s fit at No. 15"