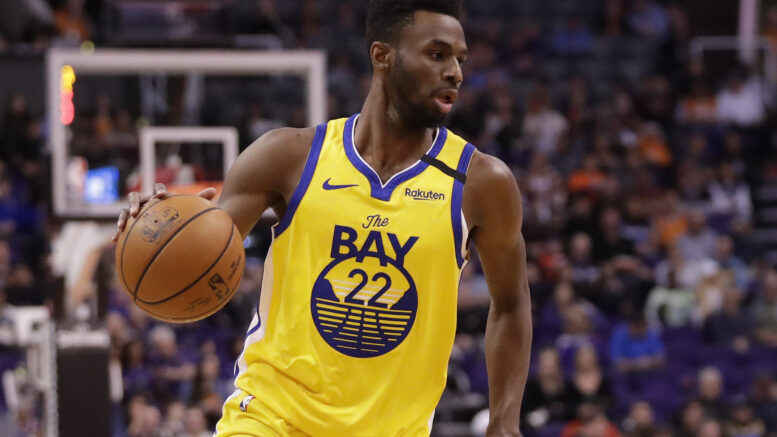 Golden State Warriors guard Andrew Wiggins (22) against the Phoenix Suns during the first half of an NBA basketball game Saturday, Feb. 29, 2020, in Phoenix. (AP Photo/Matt York)

The Cavaliers continue to have interest in Ben Simmons and that’s unlikely to change as long the All-Star is still available, as Chris Fedor of Cleveland.com relays.

As I wrote a few weeks ago, & said on the recent podcast, as long as Ben Simmons is available, #Cavs will be interested in adding that level of talent. The asking price is high. That matters. And whether Cavs can make the best offer, one that Philly would accept, is a question.

The Sixers reportedly have a high asking price for Simmons and Cleveland isn’t alone in their pursuit. The Pistons, Raptors, Pacers, and Wolves are all eyeing the disgruntled Philadelphia star.