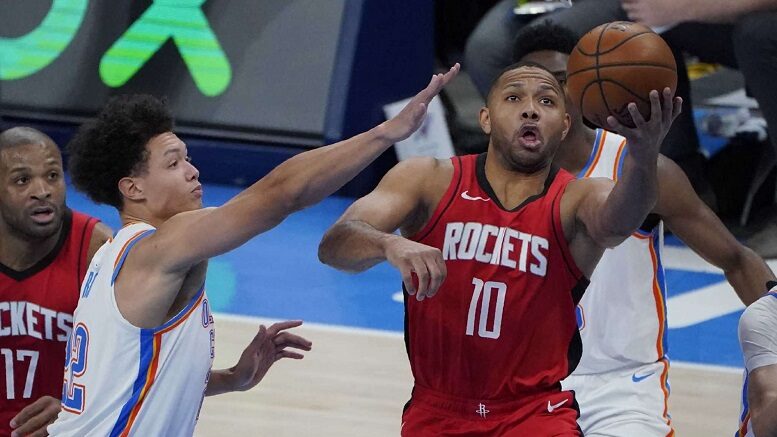 Rockets guard Eric Godron drives to the basket vs. the Thunder. - AP

Eric Gordon would be open to a trade from the Rockets, sources tell Kelly Iko of The Athletic.

It’s worth noting that Gordon hasn’t asked the team to be traded and is willing to play whatever role that Houston needs of him.

The Rockets and fellow veteran John Wall are searching for a trade partner and the Clippers are among the teams who have spoken to Houston about a deal (the Pistons and Heat have also checked in).

The franchise isn’t exactly taking the same approach with Gordon, as members of the front office communicated to him that they would love for him to stick around. Yet, with the team expected to be bottom feeders in the Western Conference, a trade at some point over the course of the season could be the best option for both sides.

Be the first to comment on "NBA Rumors: Rockets, Trades, Gordon, Cavaliers, Simmons"