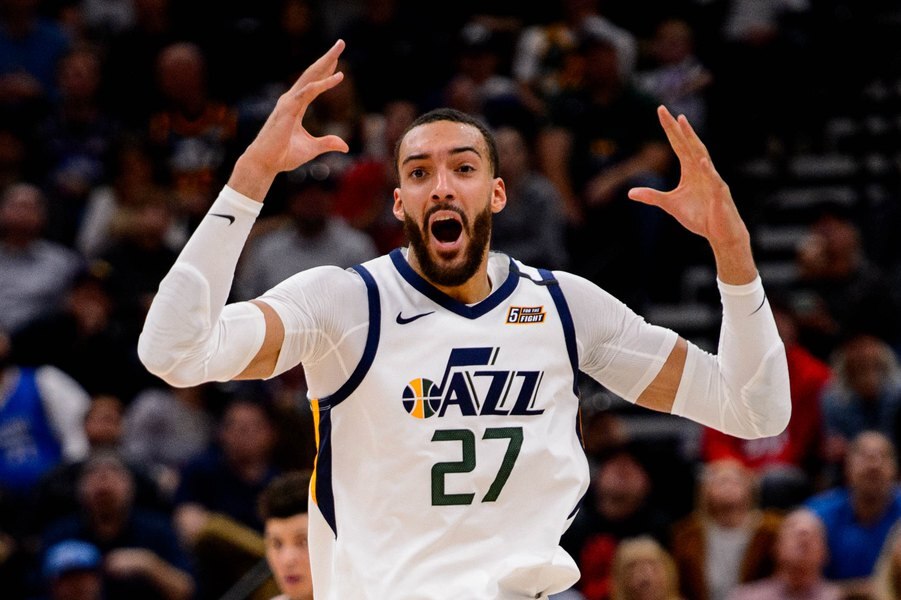 Last week, during the All-Star draft, LeBron James took a shot at Jazz legends Karl Malone and John Stockton. To justify his decision for not picking  Rudy Gobert or Donovan Mitchell until his final pick.

“I just want to say something because there’s no slander to the Utah Jazz,” James said with a smile. “But you guys got to understand, just like in video games growing up, we never played with Utah. Even as great as Karl Malone and John Stockton were, we never would have picked those guys. Never!”

Following the Jazz 131-123 loss to the Philadelphia 76ers on Wednesday, March 3, 2021, Gobert showed up to his post-game press conference with a short with Karl Malone and John Stockton that said NBA Jam in response to LeBron James comments. Gobert finished the game on Wednesday with 12 points, nine rebounds, and four assists in 38 minutes. Meanwhile, Donovan Mitchell added 33 points, eight rebounds, and six assists in 42 before he was ejected for arguing calls with officials.

The Utah Jazz are currently in first place in the western conference and have the best record in the league; Gobert, Mitchell, and Jazz coach Quin Snyder should be considered for numerous awards this season, for example, MVP. But as Snyder shared with me, they aren’t concerned with individual awards. They are more interested in getting better as individual players and as a team.

“I don’t think Donovan or any of our guys are focused on those things. I can’t speak for Donovan, but I know Donovan and how he thinks. He is worried about what we are doing and how he can help our team. I think that is true for our entire group; you don’t disregard any of those things. Obviously, you are aware on a certain level, but we are focused on trying to improve individually and collectively,” said Snyder.

Both Mitchell and Gobert have the opportunity to showcase their talents in the All-Star game, while their coach Quin Snyder will be coaching Team LeBron this year.