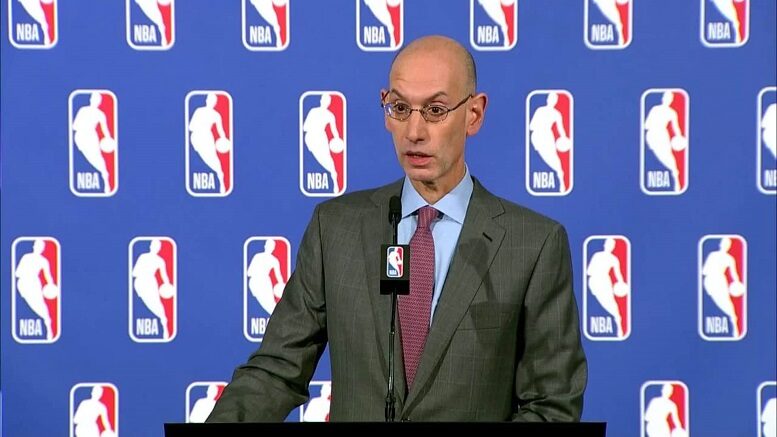 Adam Silver addressed the media (via zoom) on Saturday during his annual news conference that precedes the NBA All-Star game. Silver spoke about a range of topics, including his optimism that things will go back to normal by the time the 2021-22 season rolls around.

“I’m fairly optimistic, at this point, that we will be able to start on time,” Silver said (via Tim Reynolds of The Associated Press). “Roughly half our teams have fans in their arenas right now and, if vaccines continue on the pace they are and they continue to be as effective as they have been against the virus and its variants, we’re hopeful that we’ll have relatively full arenas next season as well.”

Will Players Be Required to Take Vaccine?

The commissioner added that it won’t be a prerequisite for players to get the vaccine in order to have fans back in every arena next season.

“I don’t think that every player certainly needs to be vaccinated for fans to come back,” Silver added. “I mean, that’s not anything that the health authorities have suggested to us.”

Silver continued, saying that he was unaware of any player who has already received the vaccine (some coaches, such as Spurs coach Gregg Popovich, have already been vaccinated).

Silver said there are no “concrete plans” to resume Summer League in Las Vegas. Last year, the event was canceled because of the pandemic. This year, it may be difficult to hold because of timing; the NBA Finals are scheduled to run as late as July 22 (or through the time when Summer League usually concludes.

“I think we’re going to end up (with) maybe an abbreviated summer league, mini-camps and other opportunities,” Silver said. “Everything’s on the table now.”

Silver and NBPA Executive Director Michele Roberts continue to have a dialogue about whether or not players should be allowed to enter the NBA draft at the age of 18, something that would eliminate the one-and-done rule.

“We both agreed that as part of the process of looking at a new collective bargaining agreement, we should discuss that issue,” Silver said.

Be the first to comment on "Adam Silver discusses NBA’s plan for fans, vaccines, one-and-done"